Home » Newcastle report: Magpies eye audacious swoop for striker with “big career ahead of him” 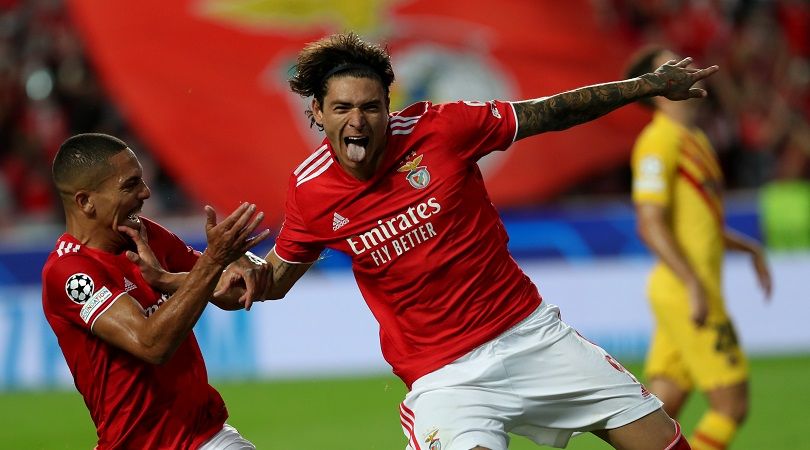 Newcastle have made Benfica striker Darwin Nunez one of their top transfer targets for the summer, according to reports.

The Magpies are expected to spend money ahead of next season as they look to climb the Premier League table.

Eddie Howe’s side are close to securing their top division status for another year, having opened a 10-point gap above the bottom three.

Only Liverpool, Manchester City and Chelsea have averaged more points per game than Newcastle in 2022.

Some smart signings in January have helped the club out of harm’s way, with Chris Wood, Dan Burn, Kieran Trippier, Matt Targett and Bruno Guimaraes all impressing to varying degrees.

Newcastle intend to be active again when the transfer market reopens at the end of the campaign.

According Foot Mercatothe Magpies are considering a £50m offer for Nunez, who is enjoying a fantastic season at Benfica.

The Uruguayan international has scored 32 goals in 37 games in all competitions.

Six of those goals came in the Champions League, including an equalizer when Benfica drew 3-3 with Liverpool on Tuesday, and Jurgen Klopp praised Nunez before the match.

“[He is an] extremely handsome guy and a decent player too,” he said.

“Very good, very good, I have to say. I knew him before, of course, but he played quite a bit in front of me in these tough battles with Ibou Konate.

“Physically strong, fast, he was calm around his finish when he finished off the goal. Good, very good.

“Obviously, as you say in these situations, if he stays healthy, he’s got a great career ahead of him.”

Newcastle are not the only club to follow the 22-year-old and could face stiff competition for his signing.