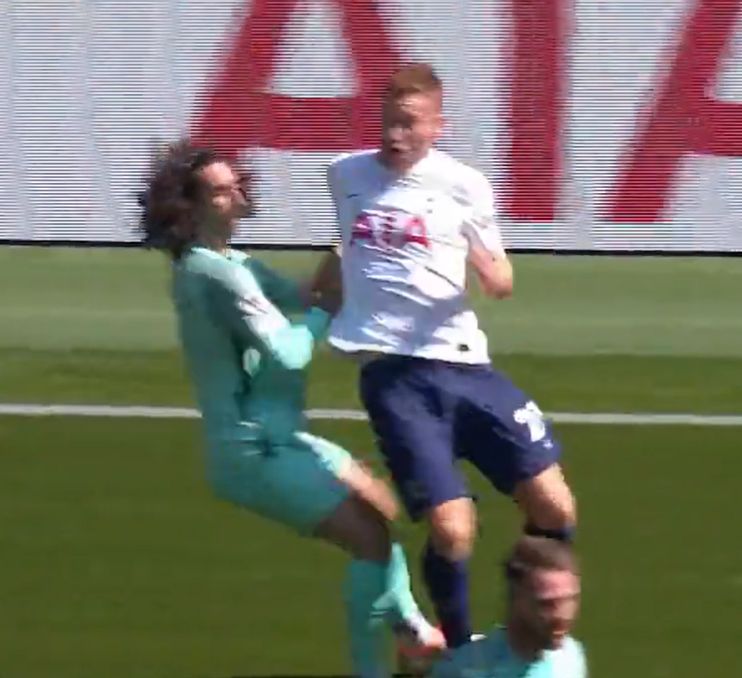 Dejan Kulusevski was fortunate to escape a red card after trying to punch Mark Cucurella in the face in Tottenham’s home defeat to Brighton.

It looked like Kulusevsky tried to snuff out Kokurila, but luckily for him, he barely managed to catch the Brighton defender, if at all. Spain defender Kulusevsky helped by barely reacting to the accident, staying on his feet rather than rolling over.

Speak to the former Premier League referee about the incident Caught intrusion.

“Kulusevski is very, very lucky to still be on the field of play. It is an obvious violent act. It’s not a reckless use of the arm, which would be a warning. He clenched his fists and threw his elbow back into Cucurella’s chest – right under his chin,” Halsey said.

The images below are from Sky Sports.

Dejan Kulusevski got a yellow elbow on Marc Cucurella and Enock Mwepu was not penalized for his high foot…should one or both of them have to be kicked out? ? pic.twitter.com/BKp8GuxOn0

The elbow attempt was very dangerous, and had he hit Kocorella correctly, he could have caused some serious damage.