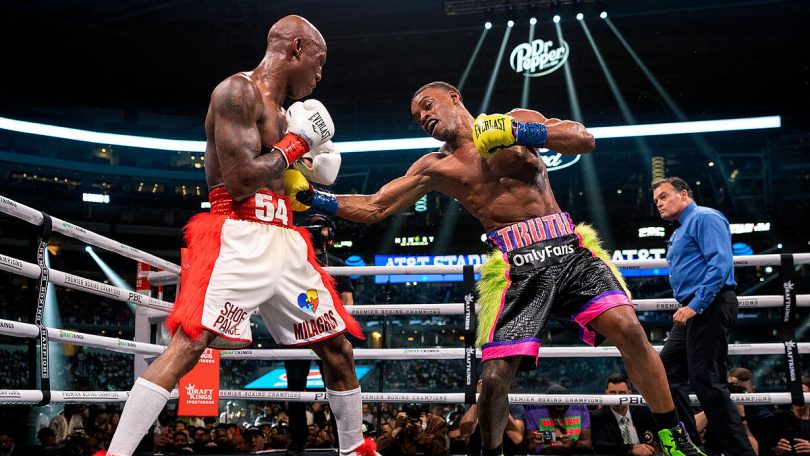 Errol “The Truth” Spence Jr. (28-0, 22 KOs) defeated Yordenis Ugas (27-5, 12 KOs) Saturday night at AT&T Stadium in Arlington, Texas as a first-row doctor advised the referee Lawrence Cole To stop the fight at 1:44 of the tenth round.

After a few cheap shots by Ugas in Round 6 When Spence Jr. is distracted looking for his mouthpiece to fly past his monstrous right hand from Cuban, The Truth returns with even more aggressiveness. Spence was fighting in front of a crowd in his hometown and would continue the operation to surgically beat Ojas that would lead to his death. Tenth round of stoppage time Because of the closure of the Cuban right eye.

Spence Landed 216 punches out of 784 punches And 476 were punches of strength. Ogas, meanwhile, just Relegated 96 from 541 Total punches were thrown, and 262 of them were punches.