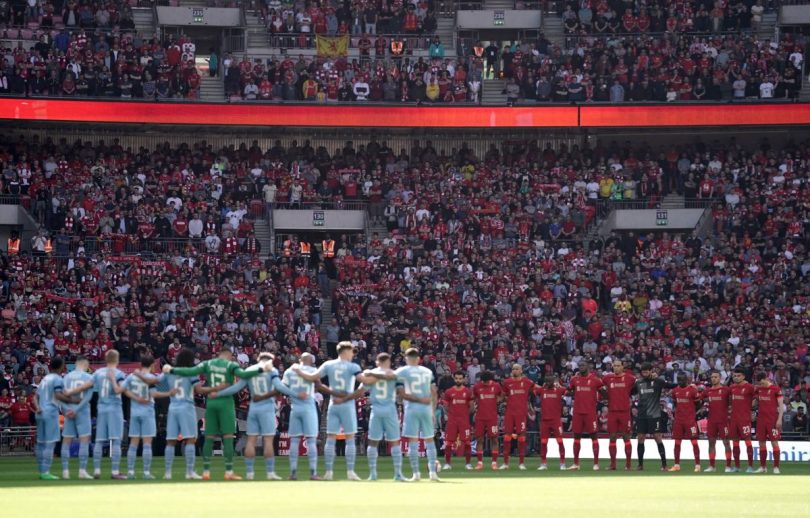 Manchester City apologized to Liverpool and condemned supporters who chanted during a minute’s silence to mark the 33rd anniversary of the Hillsborough disaster on Saturday.

Referee Michael Oliver interrupted a planned commemoration ahead of the FA Cup semi-final between City and Liverpool at Wembley after some City fans did not attend the tribute.

The chants seemed to come from the finale hosting City fans and were followed by boos from Liverpool supporters. Amidst the noise, Oliver blew his whistle to signal the premature end of the intended period of silence.

A City spokesman said: “Manchester City are extremely disappointed with the actions of some City supporters during the minute’s silence before today’s game.

“The club sincerely apologizes to everyone associated with Liverpool Football Club.”

Ninety-seven Liverpool fans were killed in the FA Cup semi-final between Liverpool and Nottingham Forest at Hillsborough on April 15, 1989.