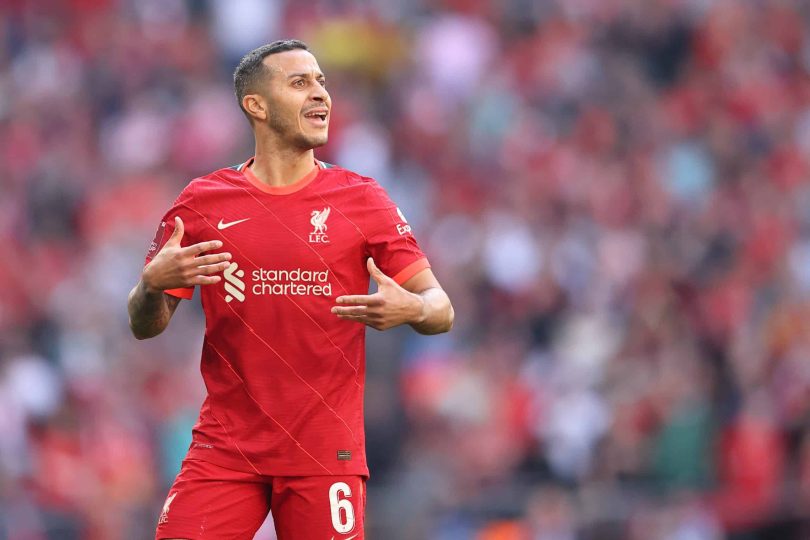 Liverpool star Thiago Alcantara circulated, through social media, on Saturday evening, to send a personal message to the club’s fans.

Thiago, of course, played a key role earlier in the day as Jurgen Klopp’s Reds kept their hopes up for an unprecedented quad thanks to the FA Cup semi-final against Manchester City.

The Spain international shone throughout the 90 minutes, as Wembley’s lawn lit up through a trademark mix of touch, pass and flair.

Against the backdrop of the action coming to an end in the English capital, it was no surprise to hear Liverpool supporters criticize their midfield and give them widespread praise.

And now, as noted above, Thiago himself moved to return the favour.

On his official social media platforms, the former Bayern Munich player sent a thank you letter to everyone who traveled to London on Saturday for their “crazy” support:

The player in question? Sadio Mane.

After Ibrahima Konate pushed Liverpool into an early lead at Wembley, Mane was quick to keep the Reds out of sight, scoring a brace – the second thanks to a stunning shot from Thiago’s pass – before the confrontation reached the end of the first half.

Manchester City, to their credit, managed to pull two goals back over the course of the second half through Jack Grealish and Bernardo Silva, but in the end proved to be too little, too late, as Liverpool booked a final in the FA Cup. One of Chelsea or Crystal Palace.