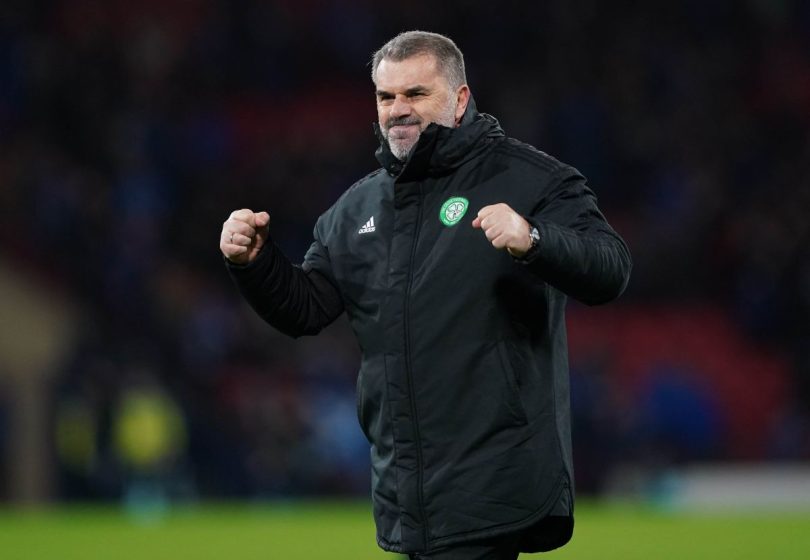 Celtic manager Ange Postecoglou will tell his players to embrace the excitement ahead of their Scottish Cup semi-final with Rangers so they are ready to seize their chance.

The Hoops can take a major step towards a fifth treble in six seasons when they take on their cross-town rivals at Hampden on Sunday.

Postecoglou urged his players to make history earlier in the week, explaining that he sees no good in downplaying the occasion before such an important match.

The former Australia head coach said: “My experience with this stuff, there’s no point in trying to disguise it as something it’s not.

“I don’t think I should tell them that, they’ll notice the buildup and obviously when they come out.

“But my role in that is just making sure the focus is on the important things, the things that have gotten us to this point, and also highlighting the fact that the key to these great games is being ready to seize the opportunity. .

“You don’t want to miss out on a lot of those opportunities in your career.

“I’m not one to tell guys to ignore the hype or ignore the attention.

“Particularly in this football club, it is really important that the boys accept that and want it.

Postecoglou has a number of players at his disposal who made key contributions on the big occasions during Celtic’s quadruple treble campaigns, including Tom Rogic, James Forrest and captain Callum McGregor, who scored in back-to-back Scottish Cup semi-final wins. on Rangers in 2017 and 2018.

But he feels they no longer rely on such experienced players when it comes to big chances, having fielded the likes of Reo Hatate and Matt O’Riley to good effect in recent months.

Asked if Rogic’s previous goals at Hampden would make him someone to look to for a key role, Postecoglou said: “He’s one of them, but hopefully now we’re getting to a stage where we’re less reliant on the guys who have already proven themselves in the big games.

“What I would like to think is that in the last six months we have exposed the boys to the League Cup semi-finals and final, a couple of derbies, European football, some big games, and I hope everyone has had that experience. so we’re not just relying on one or two.

“Experience in these kinds of situations is important, and Tom and Cal and a few others have had it, but what we’ve been really good at lately is making sure we’re not relying on one or two people.

“We’re in it collectively and we have multiple threats in terms of ways we can score goals, but we’re also working quite a bit defensively as a unit.”