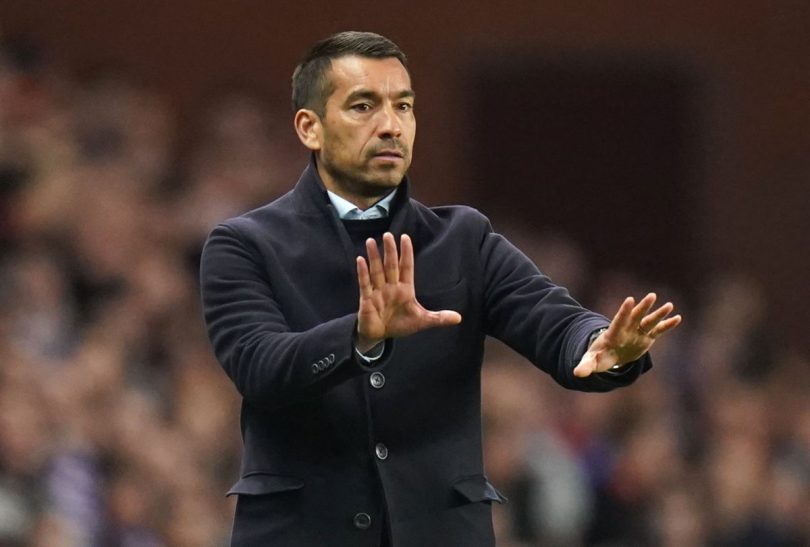 After facing Motherwell in the Cinch Premiership at Fir Park next Sunday, the Gers take on Bundesliga side RB Leipzig in the first leg of their European semi-final in Germany next Thursday 28 April.

Ahead of the return game at Ibrox a week later, the Light Blues travel to Celtic Park on Sunday 1 May, with the Hoops currently six points clear of the Light Blues at the top of the table with five games remaining.

In 2008, Rangers felt they didn’t have enough respite from matches when they reached the UEFA Cup final against Zenit St Petersburg in Manchester, losing 2-0.

Ahead of the Scottish Cup semi-final against Celtic at Hampden Park on Sunday, the Gers manager was asked about the possibility of changing fixtures to help his team through their two semi-final games.

Van Bronckhorst said: “I think we are having talks now. There are many games to play and you have seen in other countries where many games are moved, different dates or even start times were changed.

“I think we just want to do what’s best for Scotland, that’s why we’re still involved in Europe and we’re really getting a lot of points for everybody, in this country.

“So hopefully the SPFL is also helping us perform as well as possible in Europe and also making sure we have enough time to rest.
for the games we have to play in Scotland.

“Of course we can have the request and I think that’s what we’re doing at the moment, but in the end the SPFL has to agree and make sure the fixtures move.

“We will do everything we can to do it, but the final decision is up to SPFL.

“In other countries, the FA are moving the dates, so the only thing that can happen is that they agree and that is what we are waiting for.

Van Bronckhorst believes a grueling 3-1 extra-time win over Braga at Ibrox on Thursday night, to progress to the semi-finals 3-2 on aggregate, will give his team a boost heading into the game against their hosts. Glasgow rivals.

He said: “We made it to the European semi-final and it was a great night on Thursday and it gives us a very positive boost.

“I think that is very positive for tomorrow’s match. We have no doubts about injuries. We have everyone available, so we’re happy with the squad.

“It was a tough and physically demanding match, but we have enough time to recover from that.

“We’ll have to wait until the final session later, but we’ve got everyone on board.”

Van Bronckhorst was asked about any concerns about defender Connor Goldson, who will be out of contract at the end of the season.

He said: “I have never experienced in my coaching career when a player has no contract that affects him.

“It is a circumstance that is happening a lot. Connor is handling it very well.

“That’s the way it is in football, where you have to perform no matter what.

“Especially at a club the size of Rangers. He has been doing that and winning games to bring success to this club.”