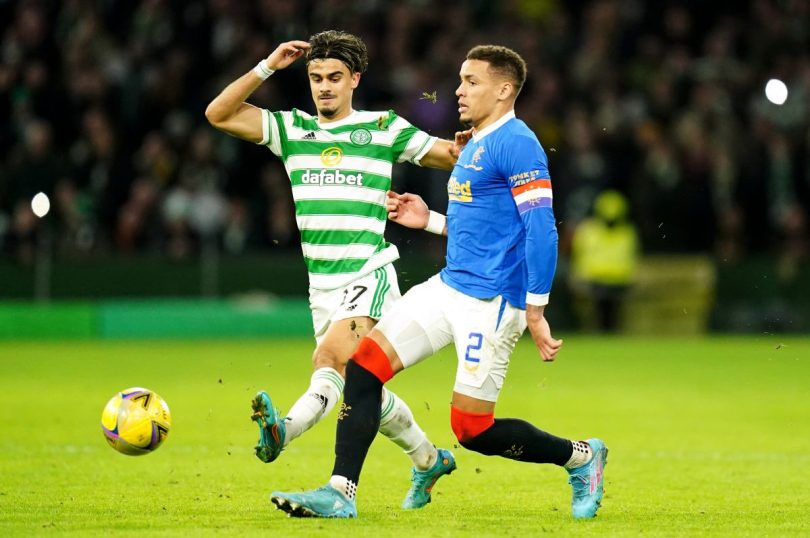 Here, the PA news agency breaks down the main talking points ahead of another highly anticipated derby.

Preparations have been markedly different for both sides. Celtic have had a week off to recover from their efforts in beating St Johnstone 7-0 last week in the Premiership, while Rangers took 120 minutes to beat Braga in the second leg of their quarter-final. the Europa League at Ibrox on Thursday night. The Light Blues finished the match exhausted (Borna Barisic had to retire before the end of the regulation 90 minutes with cramps) and boss Giovanni van Bronckhorst will have to assess his squad before choosing his side.

In recent years away support at Old Firm games has dropped to around 700 or 800, and indeed there has been at times a complete absence of a traveling contingent. As a consequence, the atmosphere has changed at those Glasgow derbies at Ibrox and Celtic Park. Sunday will be different. There will be a 50-50 fan split inside the national stadium which will give the Glasgow derby a more traditional look.

Hoops manager Ange Postecoglou has confirmed that Greek striker Giorgos Giakoumakis will miss the game against Rangers through injury. Japan international Kyogo Furuhashi returned as a substitute against St Johnstone last week after being sidelined since Boxing Day with a recurring hamstring problem. Postecoglou has said that the popular attacker is not fit enough for 90 minutes or 120 minutes, but will he be the starter? Or will Postecoglou bring Japan’s Daizen Maeda into center from outside, where he did a good job smothering James Tavernier in the last Old Firm game?

Implications of winning and losing

There are many subplots around the game. Rangers haven’t won the Scottish Cup since 2009, an unfortunate statistic for one of the two giants of the Scottish game, and they are desperate to return the trophy to Ibrox. Also, beating Celtic in the semi-final would prevent the Hoops from winning the domestic treble. Postecoglou’s men have already won the League Cup this season and are six points clear of Rangers at the top of the Premiership with just five games remaining. Celtic know that beating Rangers to face either Hearts or Hibernian in the final gives them a great chance to win a fifth treble in six years.

What does the form say?

Rangers got a boost on Thursday when they beat Braga to secure a Europa League semi-final draw against RB Leipzig. The 3-1 victory after extra time followed a 4-0 win at St Mirren last Sunday. However, the 2-1 loss to Celtic at Ibrox the previous week is still fresh in the minds of Rangers players and fans. The Hoops have not lost a domestic game since losing at Livingston last September and they look unstoppable, as their attack on St Johnstone last Saturday shows.