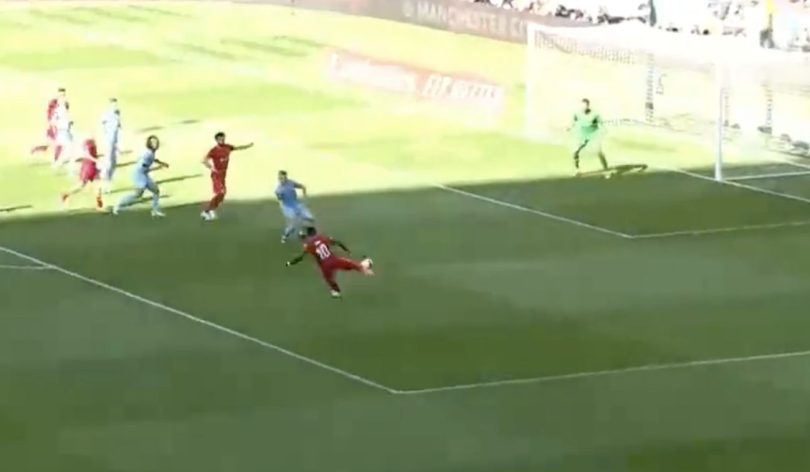 Liverpool certainly have one foot in the FA Cup final next month.

The Red team led by German coach Jurgen Klopp caught fire during the first half of Saturday’s impressive semi-final at Wembley Stadium.

The Reds, looking to secure a place in the final, where they will face either Crystal Palace or Chelsea, thanks to a header from Ibrahima Konate and a brace from Sadio Mane, are now looking to Manchester City with three goals after the first 45 minutes.

Although Mane’s first goal came after a terrible error from reserve goalkeeper Zach Stephen, his second goal was undeniable.

With a powerful shot, the Senegal international is now close to completing an impressive hat-trick.