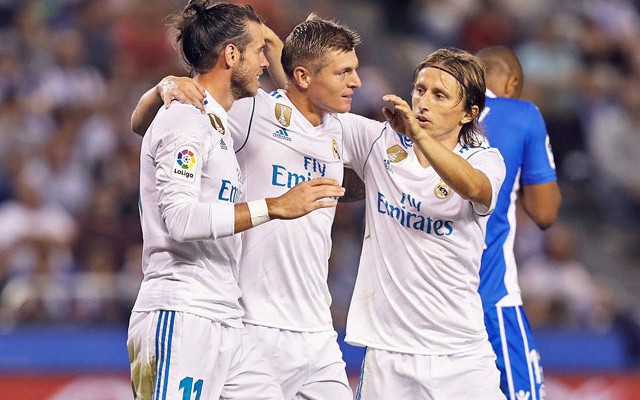 Carlo Ancelotti has confirmed that Luka Modric in the midfield of Real Madrid will end his career at the club.

Modric’s current deal expires in a few months, but Ancelotti is confident of the extension. In fact, he is confident that Modric will not leave the club until he retires from professional football, as quoted by Fabrizio Romano below.

Carlo Ancelotti confirms: “Luka Modri? He will finish his career here at Real Madrid. I don’t know when but it will happen – that’s the idea of ​​the club and Luca.” ???? #real madrid

“Modri? He won’t have problems renewing the contract – I compare him to Paolo Maldini.” pic.twitter.com/5ZR0cmtDpd

Modric is still a key player in Real Madrid’s squad, so it’s surprising that he hasn’t been tied down by a longer deal. In 2021, Real Madrid gave him a new contract until 2022, but Ancelotti hopes to extend it again for a few years.

The Croatian midfielder has been linked with moves to a club in Qatar and Juventus in recent days (via tweet below), with both teams managing to sign him on a free transfer in the summer as it stands.

Luka Modric won the Ballon d’Or in 2018, and has been a regular fixture for Madrid and Croatia for many years now.

Since moving to Spain from Tottenham, Modric has won 17 titles, including four in the Champions League.