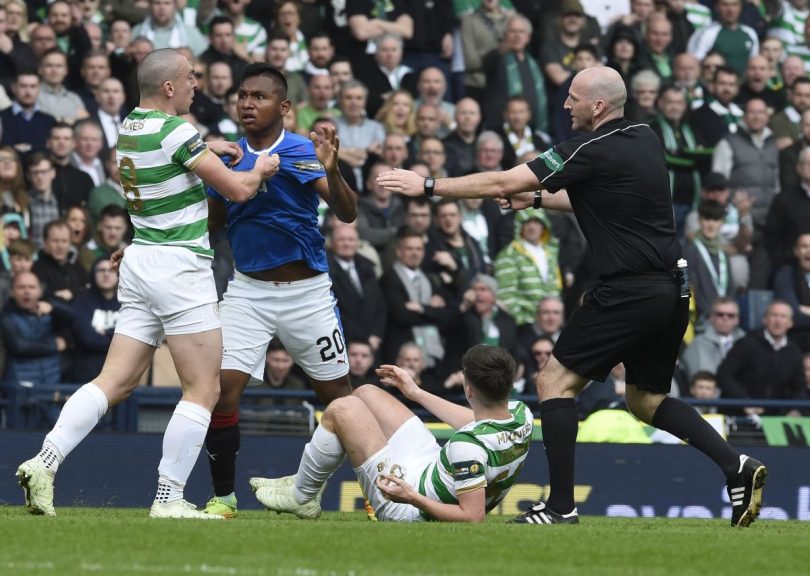 Rangers and Celtic will meet in the Scottish Cup semi-finals for the fourth time in six seasons on Sunday.

There have previously been eight Old Firm meetings in the last four, with Celtic enjoying three high-scoring wins in the early years and Rangers winning in 1900 and 1960. There have been three meetings in the 1990s with the Light Blues winning each time.

Here, we take a look at the most recent meetings between the teams.

Championship leaders Rangers shocked Ronny Deila’s Celtic by beating the favorites on penalties after a 2-2 draw. The Hoops had easily beaten Rangers 2-0 in the previous season’s League Cup semi-finals and Gers boss Mark Warburton admitted after his side’s victory that he was “irritated by people I underestimated Rangers.”

He added: “I read reports that Celtic mistreated them today. Well, they showed today that they have the quality, they have the commitment and the work ethic and that gap is much, much narrower than what people say.”

The Rangers led twice during the game through wonderful hitting by Kenny Miller and Barrie McKay with Erik Sviatchenko and Tom Rogic tying it up. Rogic missed the crucial penalty as Gers cruised to a 5–4 penalty shootout victory to set them up for the final, which they would lose to Hibernian.

Celtic were on course for a fifth successive league title, but manager Ronny Deila’s position came under scrutiny after the defeat. “There’s a lot of emotion going on, but with bad results, of course, questions come up,” he said immediately afterward. “You know you’re going to have that pressure all the time when you don’t get the results you wanted.” Celtic announced three days later that the Norwegian would leave at the end of the season.

Both teams were under new management 12 months later and it seemed the gap had widened as Celtic comfortably cleared another hurdle on their way to an unbeatable treble under Brendan Rodgers.

Celtic completely dominated for the first hour, as a precise finish from Callum McGregor and a penalty from Scott Sinclair gave the Hoops a 2-0 win.

Rangers boss Pedro Caixinha later admitted that he had been warned by assistant Helder Baptista about the mood of his players during the warm-up. The Portuguese said: “He thought they were totally focused but they weren’t enjoying it. Maybe when you don’t feel that freedom, you don’t enjoy it and you don’t act.
the way you need it. It was not a question of being afraid, it was a question of not letting things flow in the direction in which you should take them.

In contrast, Rodgers was delighted with the mental focus on his side. “We know the consequences of this game, we also know what it means for the people, but you have to give up,” he said. “And you can only act when you stay focused and calm. What we’ve been able to do over the course of the season is keep adding games when you play under pressure.”

There was another temporary starter in the Rangers dugout the following year as Celtic inflicted a 4-0 defeat en route to a second successive treble and Light Blues caretaker boss Graeme Murty apologized to supporters after a one-sided encounter.

First-half goals from Tom Rogic and Callum McGregor put Celtic in command and Moussa Dembele and Olivier Ntcham added penalties after Ross McCrorie was sent off by the Ibrox side.

Murty, who replaced midfielder Andy Halliday immediately after McGregor’s goal in the 38th minute, said: “It’s a lonely place to be on the sidelines when that happens. But I don’t think words are enough to convey how I feel right now.”

Celtic goalkeeper Craig Gordon admitted he was happy to face a brief flurry from Rangers in the second half. “We had 10 minutes where we had trouble getting our foot on the ball and during that time I had to make some saves,” he said. “It’s always good to contribute to a win by making saves like that. He was quite happy with the workload, especially after spending an hour not doing much.”