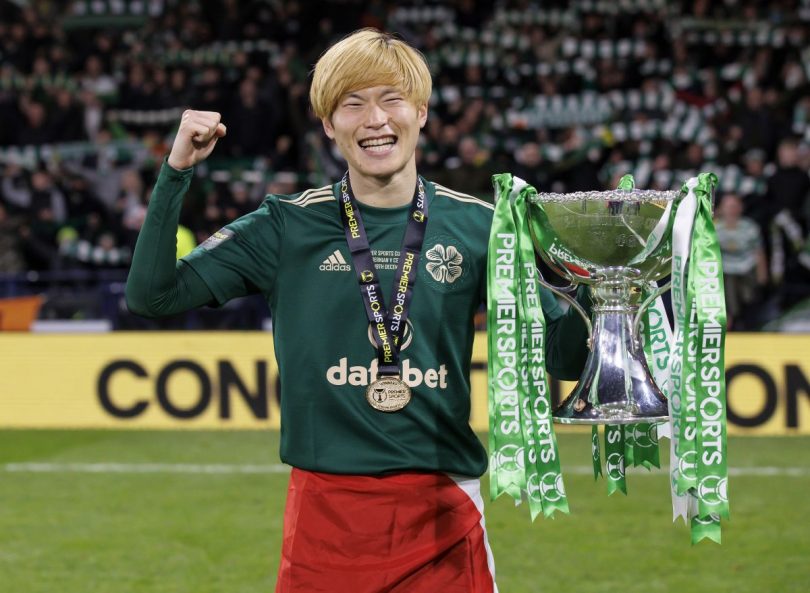 Celtic manager Ange Postecoglou could unleash Kyogo Furuhashi early on against Rangers after Giorgos Giakoumakis was nearly ruled out of the Scottish Cup semi-final.

Furuhashi returned from a hamstring injury as a 74th-minute substitute in Celtic’s 7-0 win over St Johnstone last Saturday, after Giakoumakis retired early in the game with a minor hamstring injury. area.

The Greek striker will be Celtic’s only absentee for Sunday’s game at Hampden.

Japanese striker Furuhashi had not played since Celtic’s previous encounter with St Johnstone on Boxing Day.

“We trained quite hard and he has reached those levels, which means he is ready to play. Can he see 90 or 120? It’s unlikely because he’s been out for so long, but he’s ready to play and that’s what’s important.”

Furuhashi showed the difference in the Premier Sports Cup final in December, despite struggling with a hamstring even then, when he scored a brace against Hibernian.

Forrest, fit again, scored the semi-final winner to add to a long-standing string of goals from Hampden from the winger.

But Postecoglou hinted he wouldn’t be too swayed by Hampden’s past displays with all four of his January signings looking to make their national stadium debuts, including potential centre-forward Daizen Maeda.

“For me, coming into every game, and particularly in this part of the season, the important thing is that I’m very attentive to training,” he said. “That’s usually the best indicator to me about guys who are ready to play.

“Right now I have a good, healthy roster of players who are raising their hands.

“I know people might think it’s hard, but if anything it’s easier because I have options.

“The difficult thing comes when you face important games and you are not really sure of the line-up that you are going to present.

“I’m pretty sure that whatever the weekend decides, we’ll have a strong enough team to do well in the game, and that’s because in training every day everyone shows up well and works really hard. and they look in good shape.

“It’s easy for people to say I got my pick right, but to be honest, I could go the other way and do it just as well.”