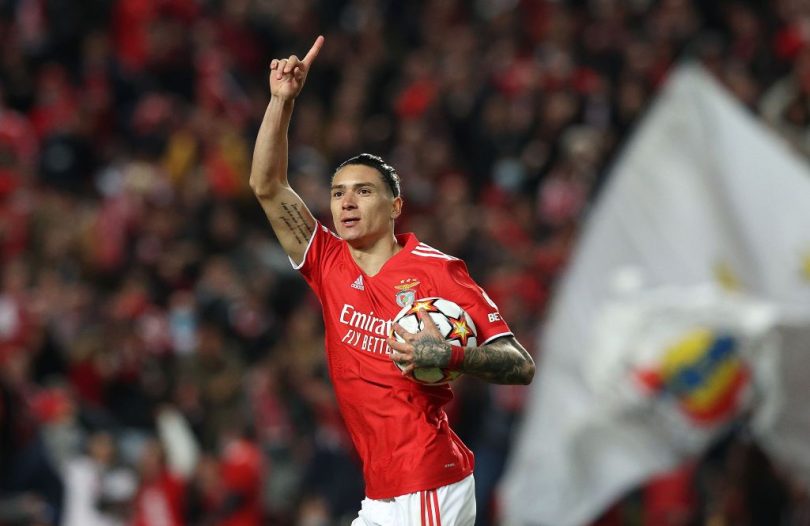 Manchester United are battling Arsenal for Benfica star Darwin Nunez, and he may have the upper hand in the race for the striker.

Both clubs lose two strikers each this summer. The Red Devils are set to see veteran pairing Edinson Cavani and Cristiano Ronaldo leave the club with the former nearing the end of his one-year contract and the latter not in new boss Erik ten Hag’s plans. Gunners hitmen Alexandre Lacazette and Eddie Nketiah are also nearing the end of their respective contracts.

Nunez is a target for both clubs, having performed excellently in this season’s Champions League with goals against the likes of Liverpool, Bayern Munich, Barcelona and Ajax. But as the pair vie for his signature, United could well have the upper hand, thanks to a recommendation.

According 90 minutesCavani has already had a conversation with Núñez advising him to come to Old Trafford this summer. The former PSG and Napoli striker is nearing the end of his second year in the 20-time title winners, having joined on a free transfer in 2020.

Ten Hag, who will be appointed at any moment as the club’s new permanent manager, has recently favored a traditional No. 9 at Ajax, choosing Sebastien Haller over Dusan Tadic for the Amsterdammers. This could well give some indication as to what type of striker United are looking to bring in, with Christopher Nkunku also linked.

A strong and physical athlete with the ability to generate power behind his shots, Nunez thrives as a lone striker for Benfica but has very little experience outside of Portuguese football. Currently, however, he has 24 goals in as many league appearances this season, and he bowed out of the Champions League with six goals in 10 games.

The 22-year-old is valued at around £36m for Transfermarkt.