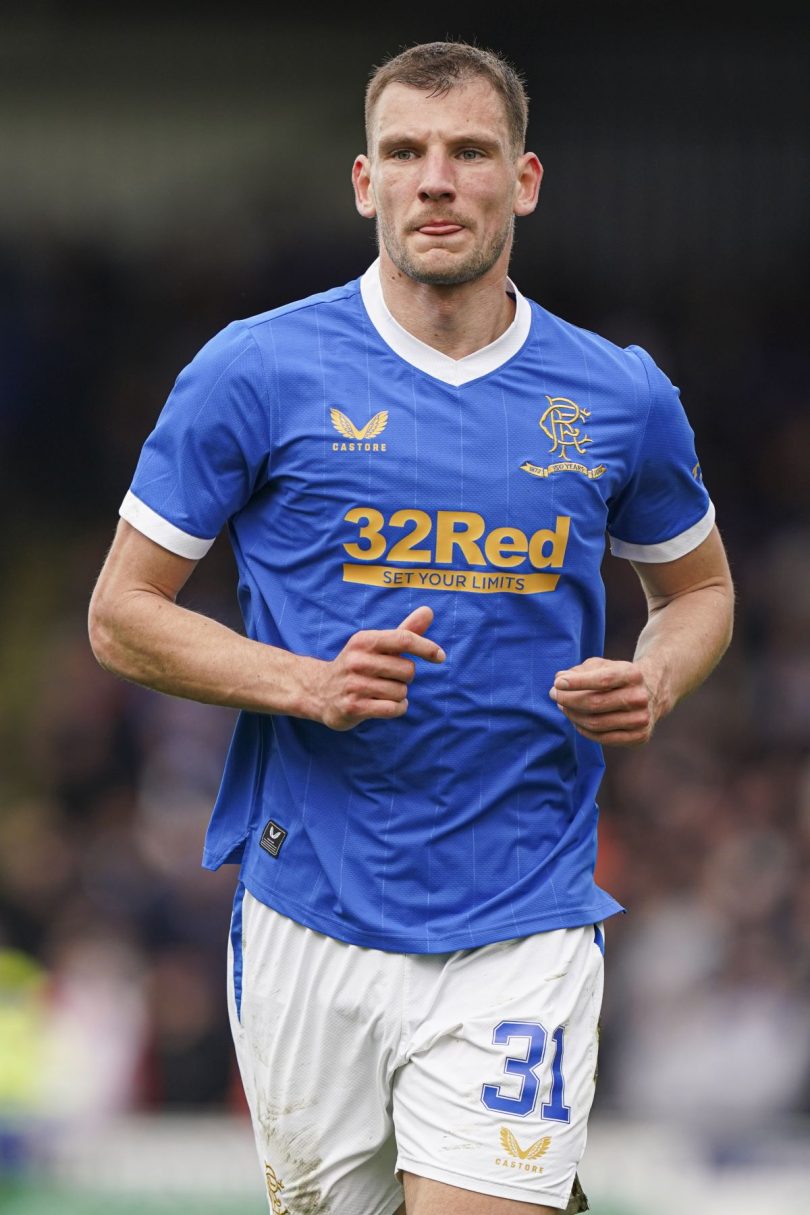 Borna Barisic insists Rangers will use the Europa League euphoria to get ready for the Scottish Cup semi-final against Celtic on Sunday.

The Light Blues beat Braga 3-1 after extra time in the second leg of their quarter-final against Braga on Thursday night, winning 3-2 on aggregate and setting up a semi-final clash with RB Leipzig of the Bundesliga.

It was a grueling night for Giovanni van Bronckhorst’s side (Barisic left with a cramp near the end of regulation time to be replaced by Leon Balogun), but there is no respite with their Old Firm rivals on the prowl.

Asked if Rangers could bring the feel-good factor to Hampden Park, the Croatia international said: “Of course. It would be much better if we had played the full 90 minutes, but it is what it is.

“If it takes 120 minutes, so be it. The most important thing is that we won the match.

“From today we will start thinking about Sunday. As I said, it would have been better if we had played 90.

“But we are professionals, we are ready for the game on Sunday.”

After beating Borussia Dortmund and Red Star Belgrade in previous rounds, Barisic believes Rangers can be more confident of victory over Braga and dream big.

Losing 1-0 in the first leg in Portugal last week, Gers captain James Tavernier equalized after just over a minute and then scored from a penalty just before half-time after Braga defender Vitor Tormena , was expelled for a foul on Kemar Roofe inside the area.

Braga’s David Carmo scored in the 83rd minute to level the tie at 2-2 and take it into extra time where Roofe scored a third for Rangers before visiting substitute Iuri Medeiros was also sent off.

Barisic said: “Yes, we are dreaming about it (what is possible) now.

“But we also have a semi-final that will be very difficult and we are looking forward to playing that match, but we are happy.

“We knew that Braga is a good team, but we knew that we could beat them and reach the semi-final and we did.

“These games give us confidence, especially games like this.

“We had extra time and we showed our team spirit, we showed that we are capable.

“We are playing in the semifinals of the Europa League, a great achievement for the players, for the fans, for us personally. So this match will surely give us a lot of confidence”.

Barisic returned to the squad in a 4-0 win over St Mirren at Paisley on Sunday and kept his place against Braga, where he looked back on his prime before running out of steam.

He said: “Play like you play on Sunday, that’s what the coach told me.

“When I wasn’t playing I just wanted to keep training and giving my best because I knew my chance would come.