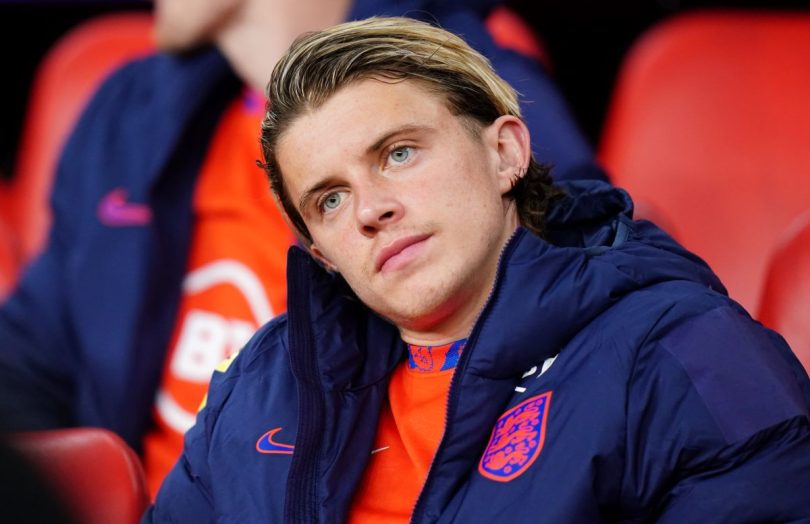 Thomas Tuchel has revealed that he personally apologized to Conor Gallagher for Chelsea blocking the English midfielder playing for Crystal Palace against the Blues in Sunday’s FA Cup semi-final.

Palace have made an official request for Chelsea’s loan officer Gallagher to be allowed to play his parent club in the cup’s last four clash at Wembley.

Chelsea turned down Palace’s request due to the terms of his loan at Selhurst Park, and although manager Tuchel insisted that was the right decision, he also admitted to understanding the 22-year-old’s frustrations.

Asked if he could appreciate the frustration of Palace boss Patrick Vieira and Gallagher, Tuchel replied: “Yes. I had a chance to talk to Conor and I could also see his frustration.

“We met a few weeks ago, we met after the international break by chance, in a restaurant, and we had a chat, and the subject came up. And I apologized!

“Because I know how competitive he is and I know his character, I like him a lot and it was a pleasure to have him here in preseason.

Gallagher has scored eight goals in all competitions in an excellent campaign on loan at Palace that has also seen his promotion to Gareth Southgate’s full England squad.

The Chelsea academy graduate is likely to break into the Blues’ first team next season, and he should be given the chance to make his case for that promotion in pre-season.

Gallagher’s absence will deal a blow to Palace this weekend, but Chelsea have always had the right to veto the request given their parent club status.

Romelu Lukaku has returned to training after a sore Achilles tendon and could still prove his fitness for Sunday’s clash, although Callum Hudson-Odoi remains out with back problems.

Chelsea exited the Champions League despite a dramatic 3-2 victory over Real Madrid on Wednesday.

The Blues lost 5-4 on aggregate in the quarter-final to Real Madrid, and that leaves the FA Cup as Chelsea’s only chance for more trophies this season.

Tuchel’s side have already won the European Super Cup and the Club World Cup but will be desperate to end the campaign with an extra trophy.

The Blues boss insisted his players can pick themselves up after Madrid’s midweek disappointment, to return to producing at Wembley.

“I think we are all a bit in the middle; part of it gives a big confidence boost, but it’s still a disappointment to miss out on the Champions League in the quarter-finals,” said Tuchel.

“It’s just not a big drama and it’s not like this either. But it is a disappointment because we feel that we can be one of the four teams in the semi-final.

“It’s a bit of a strange feeling because we had a huge task to go to Madrid. We were three goals ahead, so in a knockout game at the Bernabéu it was a fantastic performance and it remains that way, but it still has a bitter taste because we are out of the Champions League.

“Given the two legs although there were too many individual errors, punished for the quality. It was still a bit in the middle for me, but we bounced back from the two results and performances against Brentford and Real Madrid at home.

“We won both games after that and there’s a big knockout game at Wembley.

“In my opinion, it is a good thing, it comes with a great reward. It’s immediately another knockout match.”