Home » Jake Doyle-Hayes: Hibernian ready for the fight against Hearts 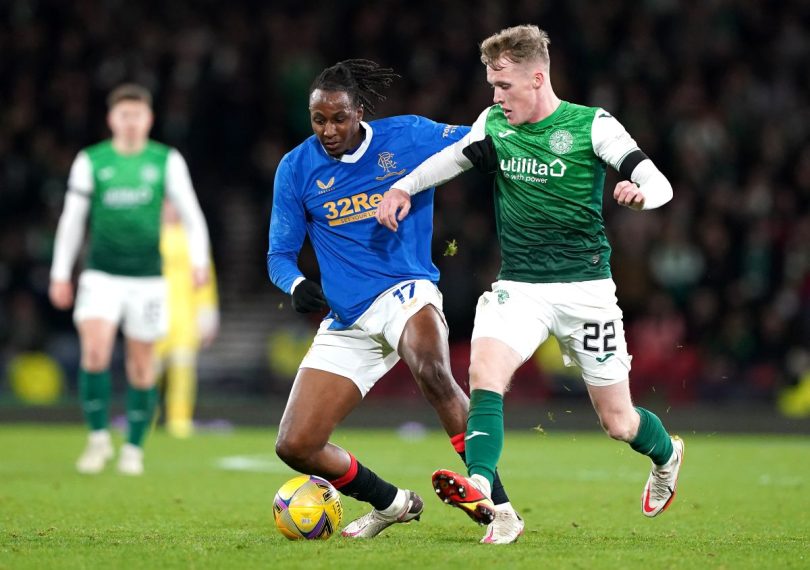 Jake Doyle-Hayes insists Hibernian will be “ready for a fight” as they look to get revenge on Hearts in Saturday’s Scottish Cup semi-final at Hampden.

The Easter Road side have come under fire this week after a meek capitulation in the second half of their 3-1 loss to the Jambos in the Cinch Premiership last weekend. That result sent Hibs into the bottom six and allowed Hearts to clinch third place.

However, there is an immediate chance that Shaun Maloney’s side will get some redemption as they prepare to take on their cross-town rivals once again on Saturday in an Edinburgh derby that is huge for both clubs. Doyle-Hayes insists there will be a strong Hibs response.

“There was a big disappointment in the last game,” said the midfielder. “We know that the second half was not good enough. It is difficult to identify exactly what went wrong.

“We know it wasn’t good enough for a Hibs team, especially in a derby, but we have a chance to make it right and we’re all relishing that chance.

“Everyone this week in training has been excited about the game. It has been very good. Everyone is ready for the fight on Saturday.

“We have a team that is going to fight for each other. We’ve had conversations about what went wrong and what we could have done better. We think we can go and perform well and get the job done.”

Doyle-Hayes thinks Hibs has enough determination within their locker room to want to fix things this weekend.

“We have guys with strong personalities and mindsets in that locker room,” he said. “We know we can go in there and fight and we can also play and have good possession.

“It’s a semi-final, it’s a derby, these are the games you want to be in, so everyone is looking forward to it.”

Doyle-Hayes thinks Hibs can take heart from their run in the Premier Sports Cup earlier this season, when they narrowly lost out to Celtic in the final after beating Rangers in the semi-final while qualifying as underdogs.

“That was an amazing day and everyone wants to have those moments in their career,” he said, recalling the 3-1 win over the Ibrox side in November. “Hopefully we can do the same on Saturday and get to another final.

“We have guys there with great experience in cup competitions and we have staff who have been involved in big games. We are a good team and we showed it in the last cup we had. We have to try to replicate that.”