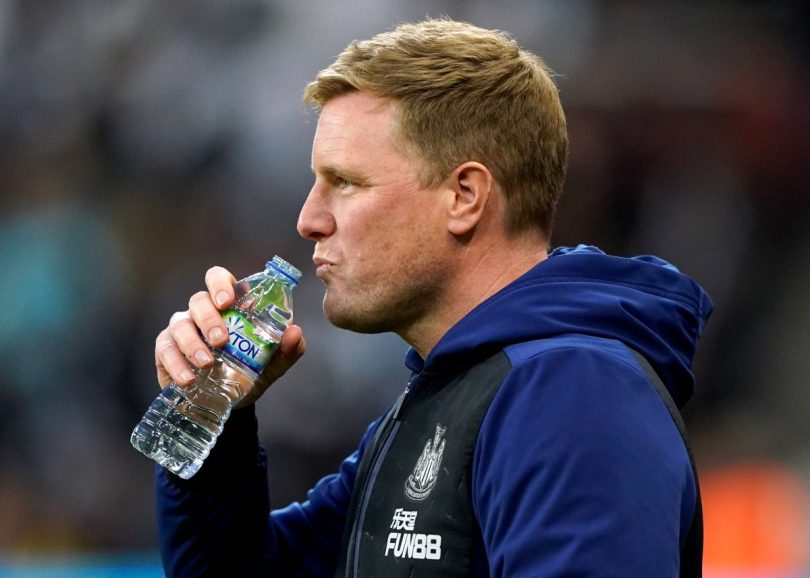 Eddie Howe has warned Newcastle fans not to expect a summer revolution as the club prepares to enter the transfer market once again.

The new owners of the Saudi-backed Magpies sanctioned a £90m spending spree in January that brought Kieran Trippier, Chris Wood, Dan Burn, Bruno Guimaraes and loan Matt Targett to Tyneside, an investment that has paid dividends in his fight against relegation from the Premier. League.

It has also served to increase speculation about what they might do at the end of the campaign with big names and higher fees increasing enthusiasm levels among the Toon Army.

However, when asked about the summer recruiting plan, Head Coach Howe said, “I’m happy with this team and I recognize that time never stops.

“You have to keep improving and evolving, so I have no problem looking outside and saying we need certain things.

“But I don’t think it’s going to be the revolution that everyone thinks it will be, and it can’t be because we’re under financial constraints.

“It’s not just about signing anybody, and that would never be the way I work anyway because each individual has to fit within the structure of the team and make the team better, not just the individual.

“That’s critical to our future, so for all those different reasons, I don’t think it’s ever going to be a case of massive changes.”

Howe’s men will continue their survival battle against Europa Conference League semi-finalists Leicester on Sunday, having increased their chances with a hard-fought 1-0 win over Wolves last weekend.

Crystal Palace follow the Foxes to St James’ in midweek and positive results in both games could see Newcastle cross the finish line ahead of back-to-back clashes with top two Liverpool and Manchester City.

The Reds will head to Tyneside for a lunchtime start on Saturday April 30 with manager Jurgen Klopp appealing to broadcaster BT Sport to reschedule the match to allow his players more time to recover from their injury. Champions League semi-final clash with Villarreal on the previous Wednesday afternoon.

Asked about Klopp’s plea, Howe, who could bring midfielder Joe Willock back from injury but has doubts about Ryan Fraser, said: “I have all sympathy for Liverpool but they are winning a lot of games and they are in a lot of games. matches”. competitions, naturally it will be like that.

“It is not up to us to decide when the games are played. We ended up with four away games in very quick succession recently, which was far from ideal for us, but we just had to suck it up and move on.”