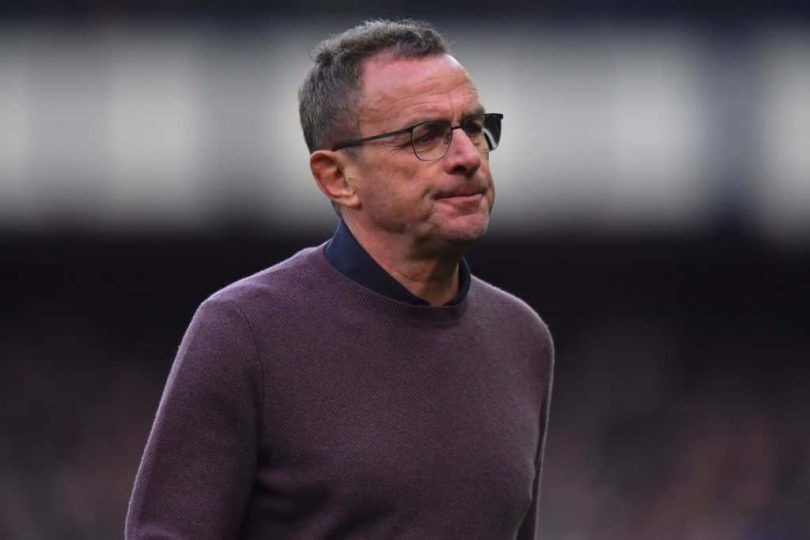 Ralf Rangnick spoke to the press on Friday afternoon ahead of the upcoming Manchester United game.

Man United will face Norwich at Old Trafford in one of several matches at 3pm this Saturday.

Rangnick discussed a number of topics in his press book, including team news.

Raphael Varane, Luke Shaw and Scott McTominay have been missing for a few weeks, while Fred also picked up an injury in United’s loss to Everton last week.

Speaking on Friday, Rangnick confirmed that all of the aforementioned players will remain, while Shaw may miss the rest of the current season:

#MUFC Team news for tomorrow’s match against Norwich. Farid, McTominay, Faran, Cavani, and Shaw. It would be a surprise to see the latter again this season. Rangnick expects to be abroad for “four or five weeks”.

Elsewhere, Rangnick was asked about the small protest organized outside United’s training ground on Friday:

Rangnick: “I still think our fans are some of the best, if not the best in England, as long as they protest peacefully and as long as they still support the team on the field. Emotionally I understand their disappointment.”

Manchester United are heading to the Norwich match in sad shape.

The Red Devils have won one of their last five league games, a streak that has seen United drop to 7y in the Premier League.

And while Wolves have played one game more than United, there is a risk that Bruno Lage’s side – who are currently two points behind – could drop Manchester United out of the top seven, meaning no European football next season.

However, despite how bad United are, it is difficult to see them lose to Norwich, who have a goal difference of 43.