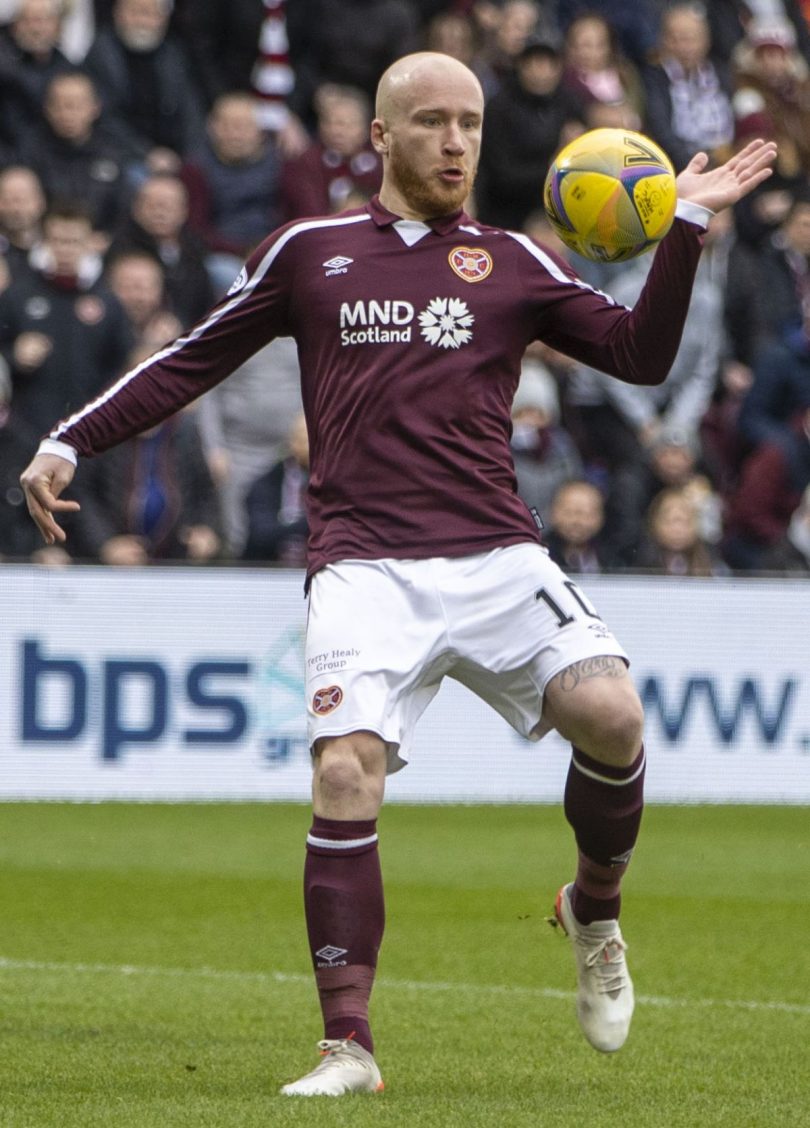 Liam Boyce is enjoying the intensity of an Edinburgh derby Scottish Cup semi-final at a packed Hampden this weekend after scoring the winner in the same match in front of no crowd 18 months ago.

The Northern Irishman scored an extra-time penalty as Hearts defeated Hibernian 2-1 in a quarter-final clash played behind closed doors in October 2020 due to Covid-19 restrictions.

After failing to celebrate with the fans on that occasion, Boyce is determined to ensure a memorable afternoon for the 20,000 Jambos who head to the national stadium on Saturday in hopes of seeing their team achieve consecutive derby wins after defeating the Hibees 3-1 in the cinch Premiership last weekend.

“It was weird last time,” he said. “We had gotten used to it a bit, playing the league games in the empty stadium, but the reason you play football is to play in front of the fans.

“It’s amazing to have them back. Applause from the crowd can help change the momentum of a game.

“Just like last Saturday, I thought the Hibs fans were fine too when they were 1-0 up. Everything came and went and that’s what derbies are about.

“You want to be involved in it and joke around with the fans and be able to send people home happy. We’ll have 20,000 or so on Saturday, so hopefully we can do the same thing again.”

After beating Hibs in the 2020 semi-final, Hearts were beaten by Celtic on penalties in the final. Boyce, who scored his team’s first goal in a 3-3 draw with the eventual winners, is motivated by lingering frustration from that near miss.

“We still remember being two penalties away from winning it,” Boyce said. “That was hard to accept at the time and we will use that as motivation to try to go one step further. Penalties are obviously a kind of lottery where either team can win, but to have come so close and finished like this, we just had to put it in the back of our heads and focus on the league campaign.”

Hearts duly proceeded to win the Championship title and in their first season back in the Premiership, already secured third place. It marks a stunning change in the club’s fortunes since Boyce first arrived in January 2020 at a time when they were about to be relegated.

“It’s not just about going down and coming back up, it’s about implementing a style of play and getting players to fit into that system,” Boyce said, reflecting on how they’ve bounced back since Robbie Neilson became in manager in summer 2020.

“It has been a complete change in what I came in, and it is a credit to the coach to have gotten all the right players. Off the field, everyone is so close. We all laugh, but we know when we have to work and be serious to prepare for the games. We’ve been good at that this season and we hope that continues on Saturday.”

Boyce’s contract expires at the end of next season, but Hearts’ leading goalscorer is happy at Tynecastle.

“I just have to keep doing performances and see if they come and talk to me, basically,” the 31-year-old said. “I like it here. My family is settled, my daughter is in school here. I’m in a great place, playing on a great team that plays the way that suits me. I love it.”