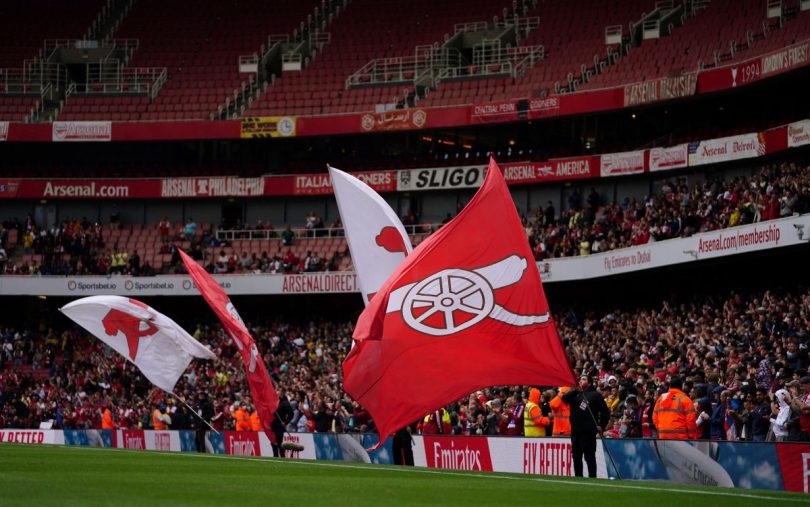 Arsenal’s strong response to homophobic abuse has been praised by the club’s official LGBT+ supporters group, whose co-chairman warned that it will take “several years of effort” to end these problems on football pitches.

Two fans were ejected from the Emirates Stadium during Saturday’s Premier League game against Brighton, with Arsenal vowing to take the “strongest measure possible”.

The fans were removed from the ground after the abuse was reported to stewards, with investigations underway to identify other culprits.

The club’s action has been met with a positive response from Gay Gooners co-chairman Carl Fearn, who has been working closely with Arsenal on LGBT+ awareness.

“The speed and direct nature of the statement is very nice,” Fearn told the PA news agency.

“Although yesterday we worked with the club on the statement, we wanted to make sure that it came from the club and that we were not seen as the ‘gay police’, because that exposes us to all kinds of abuse. .

“We worked efficiently and quietly with the club to get these things out and the club did very well.

“We are all football fans together at the end of the day. Once the final whistle blows, yes, we lost, but be a football fan, we shouldn’t hate each other.”

Fearn was present on Saturday, watching from one of three executive boxes provided by the club in order to encourage people to attend the games, especially trans and non-binary members of the Gay Gooners.

This amazing banner has been behind the North Bank goal for 4 games (against Newcastle, Brentford, Wolves and Leicester) and 4 times we have won! Dare we say keep it up for the #ARSLIV game please @Arsenal ?! 😁⚽🤍❤️🏳️‍🌈🏳️‍⚧️ pic.twitter.com/8QBHPVII3N— Gay Gooners (@gaygooners) March 14, 2022

When asked how he felt hearing homophobic abuse, he said: “For me and many members of the group it’s almost exasperation, and then there’s anger that people still say these things.

“We basically say, ‘fight the good fight.’ We just continue. We just keep trying to get the message across that we are Arsenal fans like everyone else and we have every right to go to games without fear.”

Earlier this month, an Arsenal fan was handed a three-year suspension order for shouting homophobic slurs during the reverse fixture with Brighton at the AMEX Stadium on October 2.

“They have made it very clear that they will not tolerate it if someone is basically found guilty,” Fearn added of the club’s recent responses to homophobic issues.

He also believes that restorative justice could be a way forward, with abusers sitting down with relevant clubs and fan groups to be educated on why the chants and gestures are offensive.

But Fearn also knows that the battle to stamp out abuse of LGBT+ supporters will be a long one.

“It looks like we basically have to keep removing the face of the mine. I’m very particular about saying ‘look, we’re football fans’. We have as much right to go to a game as anyone.”