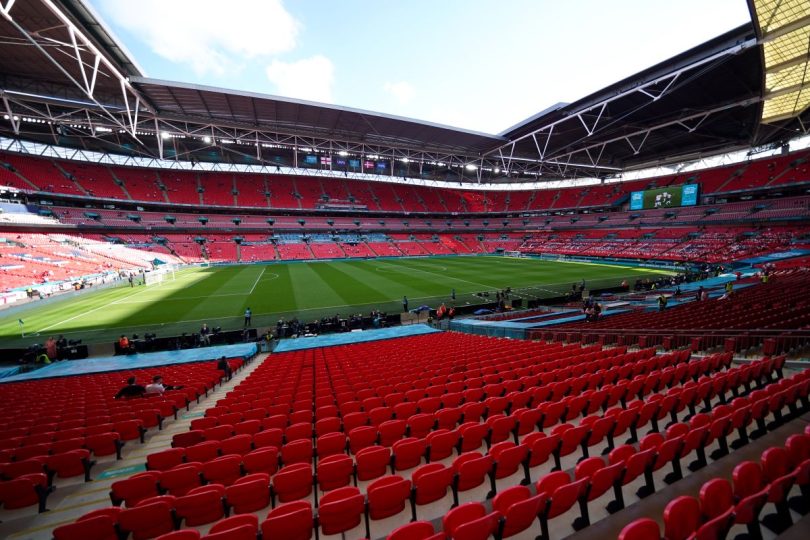 More than two-thirds of football fans in England and Wales support the idea of ​​moving future FA Cup semi-finals to neutral venues outside of London.

An Ipsos poll found that 68 per cent supported pulling the matches out of Wembley, where they have been played since the 2007-08 season.

Before that, the club’s other venues, including Villa Park and Old Trafford, regularly hosted the last four matches.

The Football Association faced criticism for its decision to keep Wembley for the Liverpool-Manchester City clash on Saturday, despite West Coast main line train services not running over the Easter weekend due to to engineering works.

Reds captain Jordan Henderson said he felt it would have made sense to move the game to an alternate neutral venue, and a new Ipsos poll clearly shows support for future semi-finals moving away from the national stadium.

Ipsos interviewed 831 football fans in England or Wales as part of a representative survey of 2,051 adults aged 16 to 75 in Great Britain.

Support for moving matches to neutral venues outside of London was especially strong in the 55-75 age group, where 74 per cent were in favour. That dropped to 63 percent in those under 35.

Seven in 10 fans in London supported the move, despite the fact that the semi-finals are currently being played at Wembley.

Eleven per cent opposed moving the semi-finals to neutral venues outside of London, one in five (19 per cent) neither supported nor opposed the move and two per cent said they did not know.

Keiran Pedley, research director at Ipsos, said: “There is clear support among football fans in England and Wales for future FA Cup semi-finals to be held at neutral venues outside of London.

The FA’s decision to move the semi-finals to Wembley was primarily a financial one, to help recoup some of the cost of refurbishing the national stadium. The revenue generated is also fed back into the English game, the FA being a not-for-profit organisation.

Wembley’s size is also a consideration for the FA, as it allows more people to watch its teams in semi-final action than anywhere else in the country.

The governing body has pledged to install 100 buses from Anfield and the Etihad Stadium to take 5,000 Liverpool and City fans to and from the match, and has advised fans to avoid traveling by train from the north-west where possible.