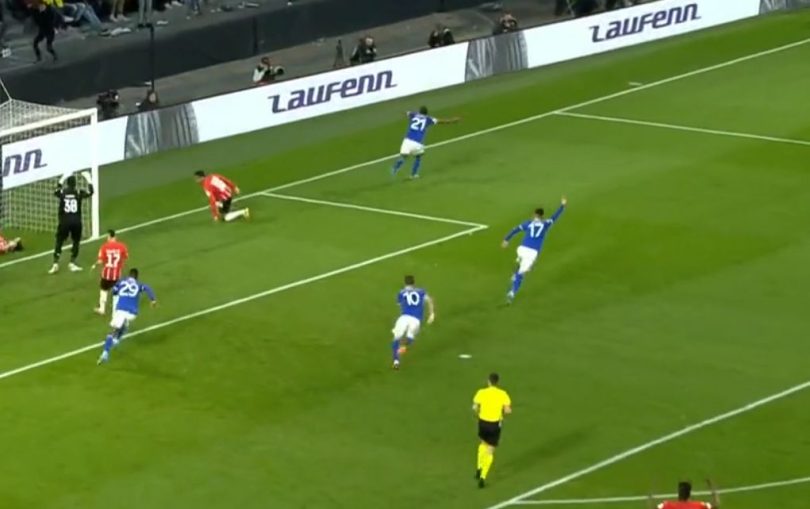 James Maddison equalized for Leicester City after a shot into the top corner behind the goalkeeper.

Madison stormed the penalty area and was in the right place after cutting the ball to equalize Leicester against PSV Eindhoven. After that, Ricardo Pereira bounced on a rebound to put the ball into the net and take a lead in favor of Leicester.

With a place in the Europa League semi-finals on the line, both players held their own to finish the match smartly.

The images below are from BT Sport, Virgin Media, and DAZN Canada.

A complete return to Leicester? pic.twitter.com/UF0dEFwTJb

Ricardo Pereira scores his first goal in Europe to surely send Leicester to the semi-finals!

Fantastic play from Perez and Madison shooting home to settle the tie? pic.twitter.com/uvkIp4iV7Z

What a hit from James Madison!

Leicester won the match, advancing to the next round.