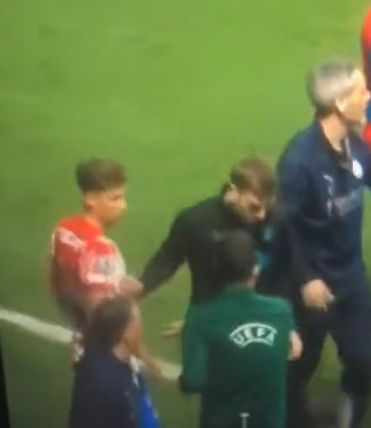 Manchester City star Liam Delap gave Atletico Madrid midfielder Marcos Llorente a sly nudge, before turning away as if nothing had happened.

There was a lot of drama towards the end of Atletico Madrid’s match against Manchester City in the Champions League this week, with several players receiving bookings for their antics.

Manchester City’s youngster Dilap participated in the match, with a timid push without even looking at Llorente. Then Dilap proceeded to walk away as if nothing had happened, and he was being protected by a UEFA official.

The strange behavior continued in the tunnel after the match, with footage showing several players competing head-on, with the police having to intervene.

Former Premier League referee Mark Halsey has given his opinion on the controversy, speaking exclusively to caught sneaking.