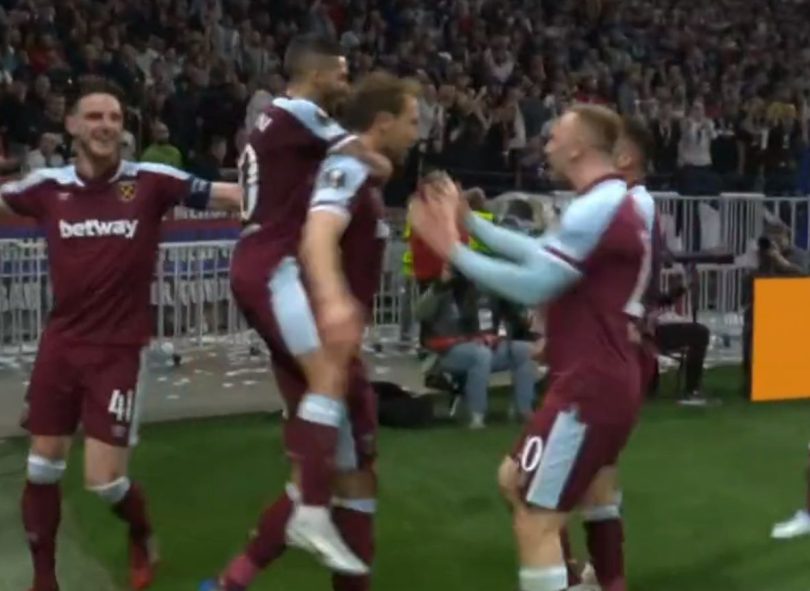 Craig Dawson headed home to give West Ham the lead in the Europa League away to Lyon before Declan Rice fired home to add the second.

West Ham tied Lyon in the first leg, although Aaron Cresswell was sent off.

The Hammers started the second leg well with Dawson’s header into the net sack, after a stellar delivery from Pablo Fornals. Shortly before the end of the first half, Rice finished off the edge of the area to start the second half with a two-goal lead.

The images below are from Sport.TV, BT Sport, CBS Sports, and DAZN Canada.

His goal is West Ham rolling in France? pic.twitter.com/jiJRlDFsk1

Declan rice. What a moment. What a player.pic.twitter.com/TghZRvxY2K

West Ham entered the first half with a score of 3-1 on aggregate.