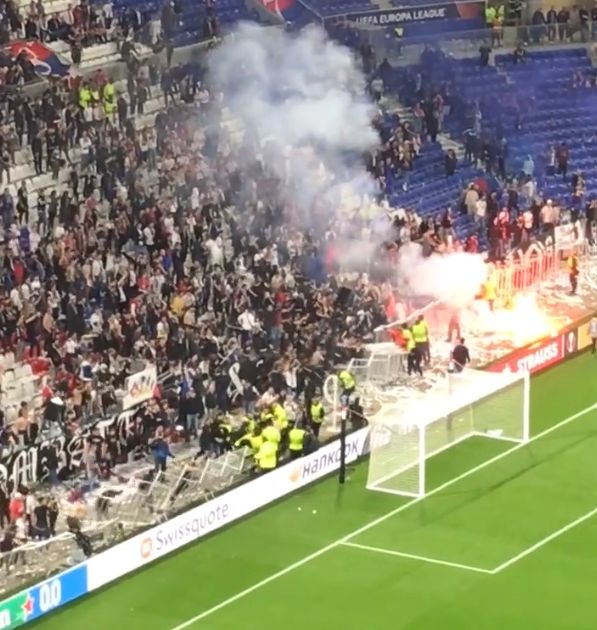 Lyon fans broke down barriers and set the ground on fire after their defeat to West Ham in the Europa League.

But that did not deter the West Ham players, who continued to celebrate by supporting the away travel, after advancing to the semi-finals, as indicated in the tweet below.

Lyon fans were understandably disappointed, after their team’s shocking home performance against the Hammers.

After the tie in the first leg, Lyon fans were expecting more fighting from their players in front of the host crowd.