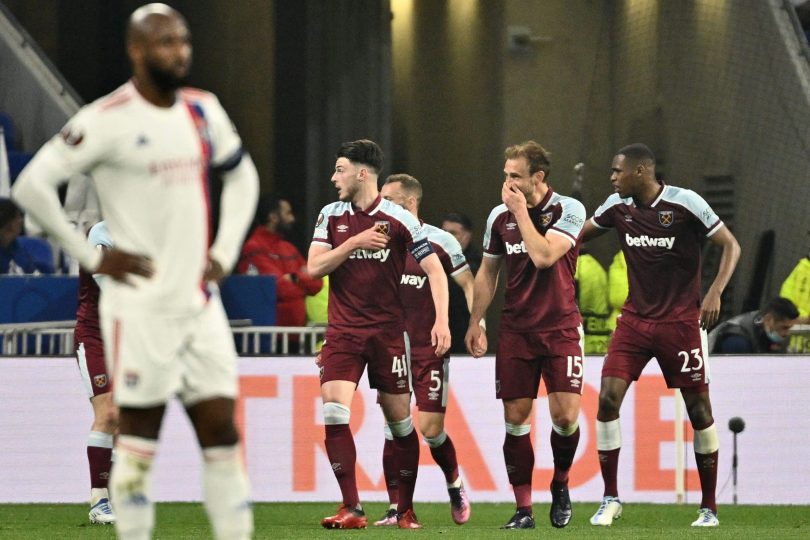 The player in question? Moussa Dembele.

Dembele’s killer has of course proven himself to be Public Enemy No. 1 among the Hammers this day last week.

This came when, during the first leg of the Europa League quarter-final between the two teams, the former Celtic player received a free kick that many considered too weak, culminating in the eventual giving of Aaron Cresswell his order to walk.

Not only that, but then Dembele was caught winking by the television cameras that were covering the match, infuriating those who belong to West Ham.

As noted above, though, this evening, the Myrons finally laughed.

After emerging victorious from the return leg with Lyon, the London club’s social media officials took to Twitter, posting the following delightful digs at Dembele:

Bowen is among the targets

Bringing attention back to the event held at Groupama Stadium itself on Thursday, an impressive team display by David Moyes’ visitors saw goals by Craig Dawson, Declan Rice and Jarrod Bowen leading West Ham to the right from a historic 3-0 result. .

The quick attack allows Jarrod Bowen to advance into the goal and never miss a corner! 🎯#UEL pic.twitter.com/7tePYwyhP9

The Merons, in turn, booked their place in the European League semi-finals for the first time ever, as they are set to come face to face with Eintracht Frankfurt, who shocked fans this evening by sending Barcelona. Packing from the competition.