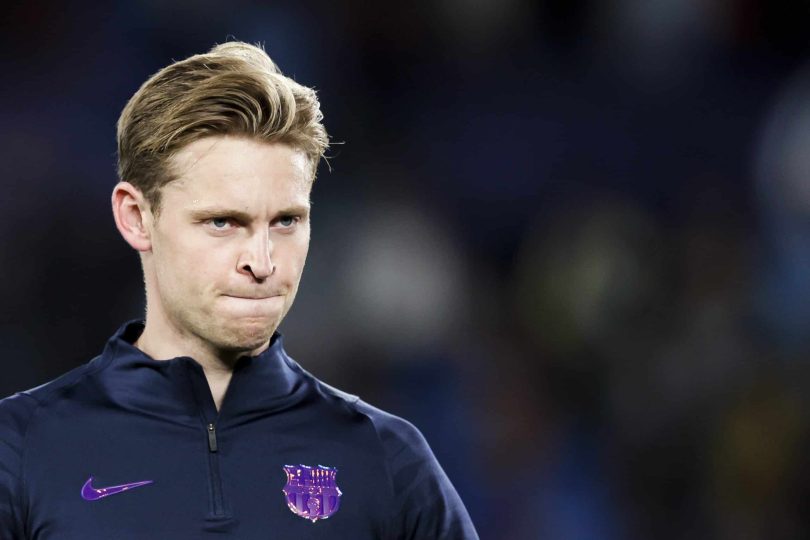 An explanation was given for the exclusion of Frenkie de Jong from Barcelona’s starting line-up to face Eintracht Frankfurt on Thursday night.

Of course, the last match of the eleventh round of Blaugrana was revealed not long ago.

President Xavi opted to make three adjustments to the side that beat Levante in La Liga last weekend, with Gavi, Pedri, and, most surprisingly, Oscar Mingueza starting:

Speaking to the media ahead of the event at the Camp Nou, Xavi was drawn on his recent selection decisions, with a particular focus on the reasons behind de Jong’s fall to the bench.

The Spanish tactic went on to reveal that his star-midfield star has had a bout of illness for the week so far:

By bringing attention back to the task occupied by Barcelona, ​​the Catalans will of course turn to the proceedings at the Camp Nou this evening, fully aware of the threat posed by the Eintracht Frankfurt match.

This comes after both teams played a pulsating 90 minutes in Germany this day last week, culminating in a 1-1 draw that could have gone easily either way.

What a great goal for Barcelona

The tie, in turn, is still on the knife edge before starting work in Catalonia, like Xavi and his colleagues. Named for a place in the UEFA Europa League Final 4.