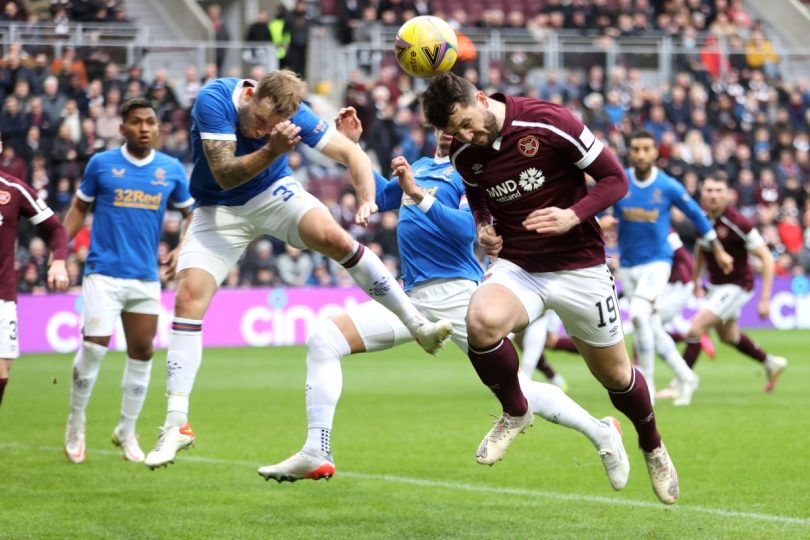 Craig Halkett believes Hearts can draw on the experiences of a contingent of Scottish Cup-winning heroes already at the club as they try to defeat city rivals Hibernian in Saturday’s Hampden semi-final.

Manager Robbie Neilson and goalkeeper Craig Gordon, 39, were part of the Jambos team that defeated Hibs in the semi-finals on their way to the trophy in 2006, while club ambassador and die-hard fan Gary Locke was the club captain when Tynecastle side triumphed in 1998.

Halkett believes that having such iconic figures immersed in Hearts history can help to understand the scale of this weekend’s match.

“You find out about the cups won when you sign for the club,” said the defender.

“Obviously there are a lot of Hearts fans who work within the club and some who are still playing.

“It’s great when you hear their stories, and it’s something you want to be a part of. You want to have those stories to talk about in the future, and that’s something we can work on if we win on Saturday.

“It’s great to have those guys in the club. You talk to them one on one or in groups and they talk about their cup wins and the previous experiences they have had playing for the club.

“I think it always helps, especially for guys coming from England or guys from abroad, to get a sense of the club and what it really means to the fans.

“Lockey is always on site throughout the season and lets those who may not know as much about Hearts know what it means to play for the club. There will be some stories told this week, and it is something that we will enjoy.”

Hearts are unbeaten in the last five Edinburgh derbies and are 19 points clear of their rivals in the cinch Premiership after beating Hibs 3-1 at Tynecastle last weekend. Halkett knows all of that will count for little in the eyes of the fans if his team loses this weekend.

“It’s great to be the best team in town, especially for the fans,” he said.

“They want bragging rights. From our point of view, we know that we are Hearts and we are a great club and we believe that at this moment we are the best team in the city.

“We just have to get on with our business and put in performances and get results to back it up. Saturday was just one of the two halves, so to speak, of the two games in a row and we want to come back on Saturday and finish it off.”