Home » Video: Atletico Madrid-Man City brawl continues with crazy scenes in the tunnel after the game 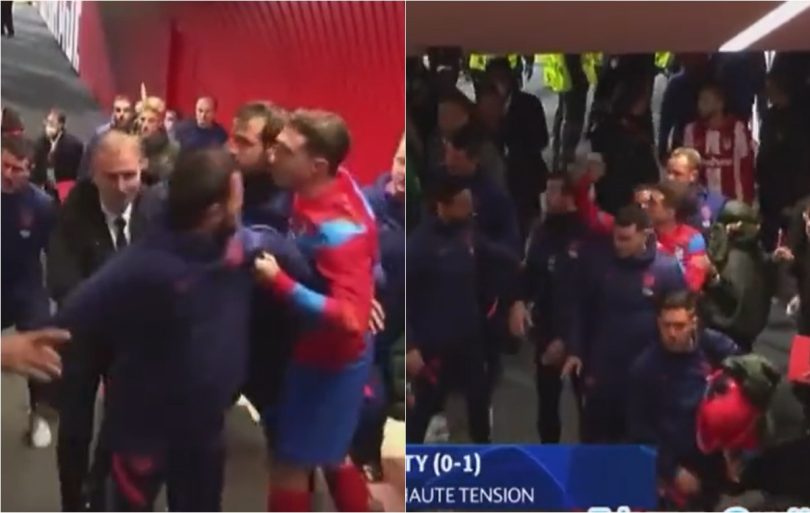 Video footage showed the continuation of the crazy brawl between Atletico Madrid and Manchester City players in the tunnel after the match.

There was a major clash between several players on the field at the end of the Champions League quarter-final match, which resulted in Felipe being sent off.

But it didn’t stop there, with players and staff having to be kept in the tunnel after the match, as you can see in the video below…

Footage from the tunnel last night after the Atletico Madrid-Man City match. Savic and Vrsaljko participated from the home team. #ucl pic.twitter.com/ClTdaoLcPy

City won a 1-0 win on aggregate to advance to the semi-finals, but this was a huge test for them as Diego Simeone’s side gave everything they could in Spain last night.

It’s a shame to see this among the top pros, however, it’s clear that the emotions were better than some of the players out there.