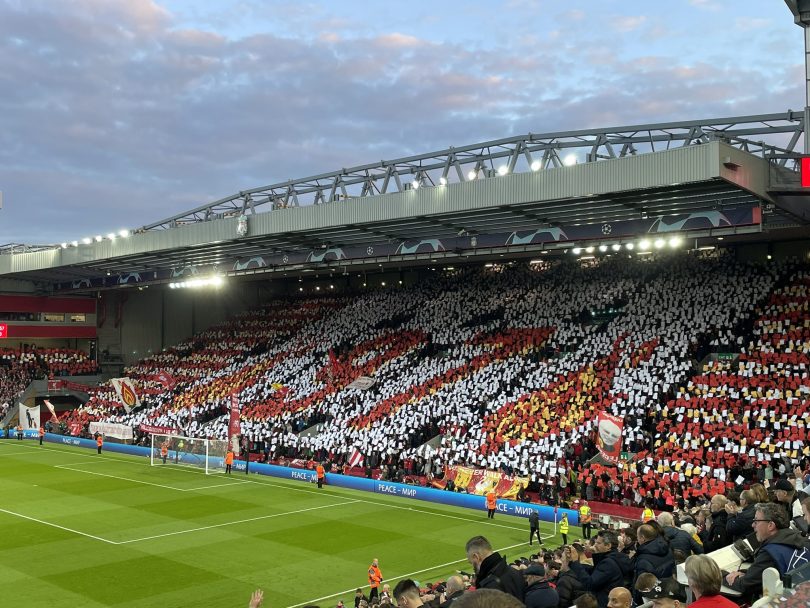 Liverpool lead 3-1 in the quarter-final match and are looking to finish the job tonight, as Jurgen Klopp’s men chase an unprecedented quadruple this season and the Reds have a busy week ahead.

Friday marks the 33rd anniversary of the Hillsborough disaster, and the emotion on both occasions has created an impressive rendition of the Liverpool anthem, which can be seen below.

The Reds also received a beautiful tribute in the form of a special match program and 97 pre-match mosaics.