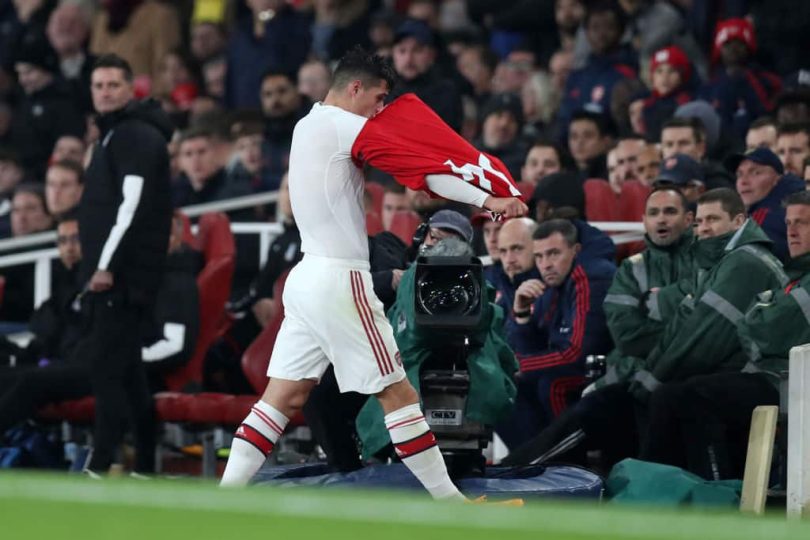 Arsenal midfielder Granit Xhaka revealed he was a far cry from leaving the north London club in the January transfer window, claiming ‘my bags were packed’, only to persuade Mikel Arteta to stay.

The former Arsenal captain has always been divided at the Emirates Stadium, and things got even worse in November 2019, when his fans booed Crystal Palace. His response, by telling them in no uncertain terms where to go and tossing the captain’s insignia to the ground, seemed to be the point of no return.

And to Xhaka, it was.

“I’m done with Arsenal,” the midfielder said. Players Tribune. ‘Been completed. There was a contract on the table from another team, and all I had to do was sign. I spoke with my wife, Leonita, and we decided to leave.’

“I was going to say goodbye to Mikel, and then we’d get on the plane.”

The incident was in the final days of the reign of Unai Emery, who was sacked after just 6 matches after losing 2-1 to Eintracht Frankfurt in the Europa League group stage. He left Arsenal after only 3 wins in his last 11 Premier League games, and after a temporary stint, Mikel Arteta was appointed.

And it was the current Arsenal coach who convinced him to change his mind.

“When Mikel was appointed in December, I told him I wanted to leave,” Chaka continued. I have fully understood. We had a second conversation a few days later, and when I walked in, I spoke to my wife. Our bags were literally placed near the door.

When I make a decision like that, it is very difficult to change my mind. But then Mikel started talking about how I was a big part of his plans. I loved his warmth. He was honest and upfront. Clear plans. I felt I could trust him. He told me to give him six months to prove me wrong, and then if I still wanted to leave, no problem.

My head left ArsenalAnd But my heart didn’t, the 29-year-old admitted.

It is this love that saw him commit to his future with the club last summer, despite Roma’s interest in him, and assures that he will see his contract in the Emirates if he is allowed to do so, renewing his faith in Mikel Arteta and his own desire. To succeed in front of the masses that he forgave but did not forget.

“After this season, I have two years left on my contract. I think Mikel is building a great team, and I want to do something special here.”

Whether that will happen or not is another matter.