Home » Firmino gives Liverpool back their lead vs Benfica 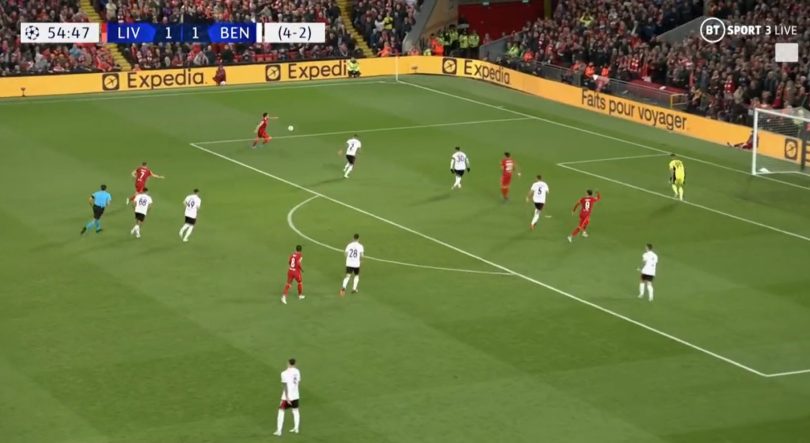 Roberto Firmino scored to give Liverpool a 2-1 lead in the Champions League match against Benfica after a comedy of errors from the Portuguese side.

It was Benfica who fell after goalkeeper Diaz missed a through ball before the former Tottenham player Vertonghen passed the ball straight to Jota.

All the Portuguese striker had to do next was pass the ball to Firmino to cash in, which can be seen below.

Roberto Firmino puts Liverpool ahead again with a single click as the visitors failed to handle the ball on two occasions! ??#UCL pic.twitter.com/l2no7duumj

The goal gives Liverpool a 5-2 lead in the game, giving Jurgen Klopp’s side one foot into the semi-finals.