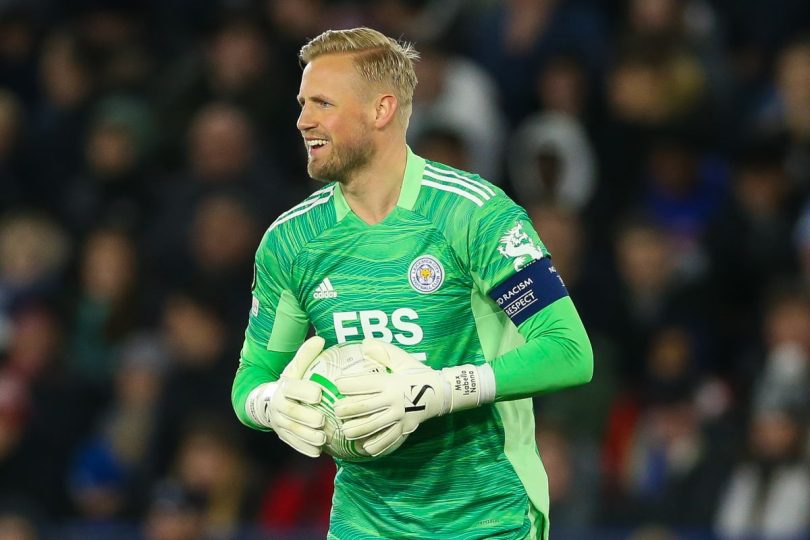 Kasper Schmeichel urged Leicester to upset the establishment again when they take on PSV Eindhoven in the Europa Conference League on Thursday.

It is Leicester’s second European quarter-final after their 2-1 aggregate loss to Atletico Madrid in the Champions League quarter-final five years ago.

Schmeichel, who is one of only seven players still at the club between 2016 and 2017, won the Premier League, FA Cup and Community Shield with the Foxes, having seen their remarkable rise after winning the Championship in 2014. .

And the Denmark goalkeeper wants underdog Leicester to continue to defy the odds.

He said: “We are probably not the biggest and flashiest club, but we have always been able to mix it up with the big boys and have done a good job so far.

“As a club we have grown incredibly. We are sitting in the best training camp in the country, we have been to European competitions, we have won trophies and we are constantly trying to fight on all fronts.

“That’s where all the fun is. Having experiences like this, winning the FA Cup, winning the Community Shield, the Premier League – these are moments in history that we fight for every day.

“It’s really important that a club like this continues to progress and maintain that hunger and desire at all levels, not just at the football level.”

Schmeichel saved two penalties from Wilfried Zaha in Sunday’s 2-1 win over Crystal Palace, only for the striker to head in on the rebound of the second after VAR initially ordered the first to be replayed.

He’s ready for a penalty shootout if the time comes, but knows Leicester can’t rely on taking him to penalties.

“We have to score, simple as that,” the 35-year-old said. “We played well in the first leg, we probably have to start quicker than we did, but once we got going we played very well. Only a couple of goals were missing.

“We had a similar situation in Rennes (in the round of 16 tie last month) where there was a lot of noise and an expectant crowd. This will be no different. The expectation we set for ourselves could not be higher.

“These are the types of games you want to play, everything is on the line and you can end up with big prizes. It’s a great occasion for us.”

Jamie Vardy (knee) remains out boss Brendan Rodgers with Wilfred Ndidi (knee) also out for the season, but Jonny Evans will return after resting against Palace.

Rodgers said: “We are a different club to PSV, who have qualified for 48 European competitions at the trot, which shows you the history they have. We are the complete opposite of that.

“This is a great opportunity for us. We are ready to grab it. The first leg gives us great motivation, we can do that and we will fight and do everything to reach the semi-final”.