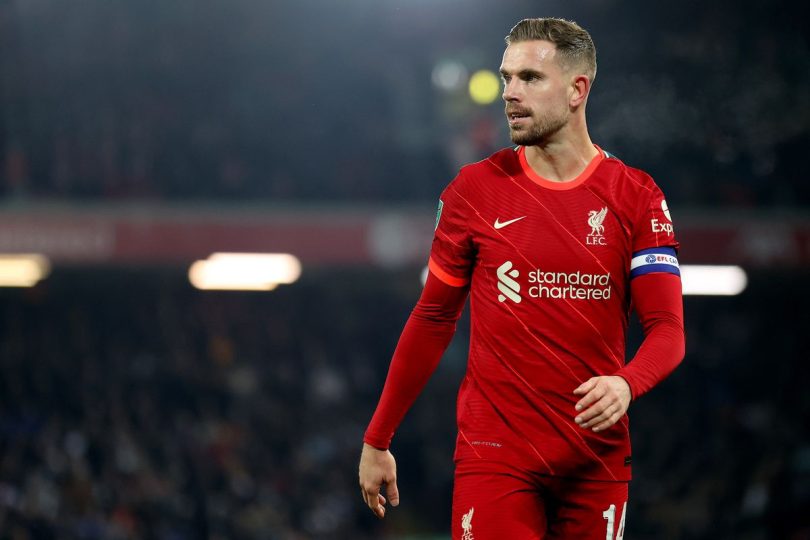 Liverpool drew 3-3 with Benfica in the second leg of the Champions League quarter-finals at Anfield, and moved to the semi-finals, where they will face Villarreal after the Spanish team’s victory over Bayern Munich last night.

Liverpool took the lead in the 21st minute with a header from Ibrahima Konate before the lucky piece of play sent Benfica’s Ramos into goal, who finished the match in excellent form to tie the match 1-1 before the end of the first half.

The English Premier League team came out in the second half better than they finished the first half and regained their lead within 10 minutes through Roberto Firmino’s touch before the Brazilian added his second and third goal for the Reds with a superb shot.

Then Liverpool stopped the third goal and this allowed Benfica to equalize the match with two goals in the last 20 minutes, which was a source of inconvenience to Liverpool captain Jordan Henderson.

Speaking to BT Sport after the match, the midfielder said: “I think we would like to do better overall. The match was very comfortable but we were disappointed with the goals we conceded. We knew it was going to be difficult.”

Then the captain’s attention in the interview turned to Villarreal and the rest of the season, to which the 31-year-old responded:

“They did [Villarreal] He defeated Juventus and Bayern Munich. We need to be 100% ready, give it our all and hopefully advance to the final.”

“We take it game by game. We give it absolutely everything. So far it has worked. We want to go as far as we can in each competition.”

Jurgen Klopp’s men are now one step closer to achieving an unprecedented quartet and the Reds will play two big matches with Man City and Man United over the next week that could derail that dream.

It is turning into one of the most exciting seasons ever for everyone associated with the club and the next few weeks could be historic.