Home » Sarina Wiegman cautions against over-confidence ahead of the Euros 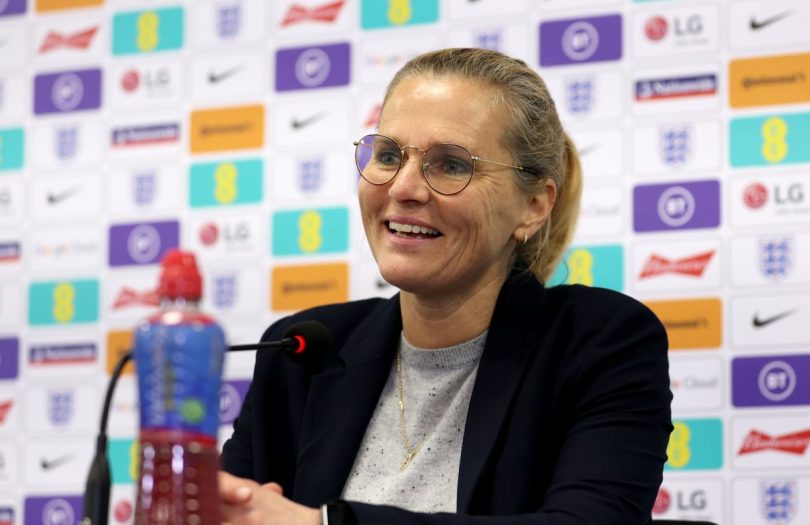 Sarina Wiegman isn’t sure if England should rely too much on their red-hot form in front of goal recently at this summer’s European Women’s Championship.

The Lionesses were on the brink of qualifying for next year’s World Cup when they defeated Northern Ireland 5-0 thanks to a brace from Lauren Hemp and Georgia Stanway and a goal from Ella Toone.

Impressive as the feat is, Wiegman is well aware that England will face much tougher back lines at Euro 2022 as they attempt to clinch the trophy for the first time.

“We really have to be clear that the opponents we face in qualifying matches, we don’t expect that level of opponents at the Euros,” said the England head coach. “It will be more difficult to score.

“Of course it gives us confidence when we score goals, but we are aware and convinced that the level is a bit lower against most opponents in World Cup qualifying.”

Wiegman, who suspects June friendlies against Belgium and the Netherlands will be more of a litmus test for England, would not say whether he had decided on his best XI ahead of Euro 2022.

The Dutch manager has been in the job for just seven months and has been deprived of the services of injured defender Steph Houghton, who faces a race to be fit for the European Championship in July following Achilles tendon surgery.

“It’s a little early to get too close to his first formation,” Wiegman said. “It is what is going to be on the 23rd and what follows and after that.

“We don’t have to decide now, which is very good. The players (also) have to show their consistency on the pitch.”

Commenting on her victory in front of a superb attendance of 15,348 at Windsor Park, a record for a women’s match in Northern Ireland, Wiegman added: “The result is excellent. I’m very happy with that.

“I think it was a very mature performance on our part. I think we dominated the game for 90 minutes.

“We were hoping to score a few more goals in the first half and be a bit more clinical, but it’s really nice to see four goals in the second half.”

While they may still be level on points with Austria, Northern Ireland’s inferior head-to-head record has extinguished their already slim hopes of a play-off place for the competition in Australia and New Zealand.

Head coach Kenny Shiels said: “I can see the growth and we are getting closer but they are rated as World Cup favourites, they haven’t conceded a goal in this group, this just epitomizes the magnitude of the task.”