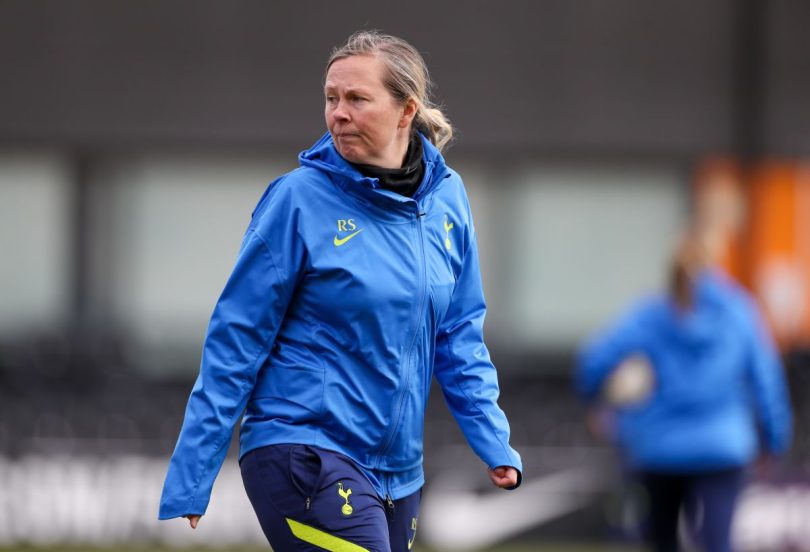 Tottenham Women’s head coach Rehanne Skinner has signed a new contract that will keep her at the club until 2024.

Skinner, who has been in charge since November 2020, has guided the club to fifth place in the Women’s Super League with five games remaining in the season and very close to a best finish so far.

Chairman Daniel Levy told the club’s website: “We are delighted that Rehanne has agreed a new contract.

“The team has delivered consistently strong performances and I know Rehanne and his coaching staff are motivated to take them even further. We are all excited about what the future holds.”

✍️ We are delighted to announce that Spurs Women’s Head Coach Rehanne Skinner has signed a new contract with the Club which runs until 2024. — Tottenham Hotspur Women (@SpursWomen) April 13, 2022

Skinner cited the support provided by the club in his decision to extend his stay.

She said: “I am delighted to sign a new contract. Throughout my time here, I have felt really supported by the club in terms of the vision we have as a group.

“We are on a journey and it is an opportunity for us to continue building. We know where we are and where a club like Tottenham Hotspur should be.

“The value of high quality training facilities cannot be underestimated and we have been fully supported. The club is fulfilling my ambitions and we know in which direction we want to go.”