Home » What Happened To The German Messi? 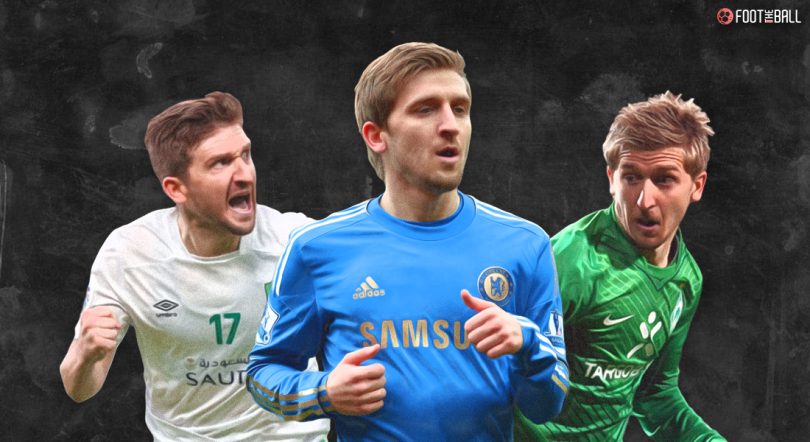 “Chelsea suits me better.” Those were the words of the 23-year-old who had just completed his move to the London club nearly ten years ago. Nicknamed “The German Messi”, this player had all the attributes of the original Argentine Messi. However, the words he said after finishing his move would prove to be completely wrong. Chelsea did not suit Marco Marin at all. It was such a disastrous move for him that it destroyed any chance of realizing his high potential.

His footballing career after arriving at Chelsea looks a lot like that of an enthusiastic and determined one to explore. Spain, Italy, Belgium, Turkey, Greece, Serbia, Saudi Arabia and Hungary. These are the countries his football career took him to, a trip that most footballers would like to avoid.

And when he announced on March 26 that he would retire at the end of the current season, it was a sad ending for a player once described as Germany’s Messi.

So how did a player whose debut was one of the first signs of Germany’s golden generation transition from farm to obscurity?

We have always seen a team called the “golden generation” in football. This is a group of highly skilled soccer players who are expected to come together and peak together and win trophies for every team they play with.

For Germany, the appearance of Marco Marin was perhaps the first sign of a German golden generation.

Marin started his career at SG 01 Hoechst and moved to Eintracht Frankfurt before finally settling in Borussia Monchengladbach.

And within a year, he had found his way into the first team.

His mental strength was one of his main areas, as evidenced by one of his decisions at the club. At the end of the 2006-07 season, Mönchengladbach was relegated from the German Bundesliga. Marin could easily have joined another club, but he remained.

The return of four goals and 13 assists helped the team win the Bundesliga 2 and restore immediate promotion to the First Division.

The following season became breakout season, which made him one of the best young players in the game. Once again, Marco Marin was the team’s chief architect providing 13 assists, the fourth-highest in the league.

This immediately earned him a move to Werder Bremen.

His three years at the club were relatively prosperous, and despite missing the majority of the 2011-12 season, Chelsea came at the end of the season.

Elsewhere, he also began making a case to join the German national team. Having missed the 23 finalist list for Euro 2008, Marin was on the plane to South Africa.

What a team this was 😍

Which # flower The experts out there who can tell us which match this was? 🤔 pic.twitter.com/RfiqpYPoTi

His World Cup performance was nothing to brag about, and it was his countrymen, such as Thomas Muller, Mesut Ozil and Sami Khedira, who became the new face of Manschaft dies.

However, Marin was a talented player and finally had the experience of representing his country at the highest level.

A dream step turned into a nightmare

The 2011-12 Premier League season may be remembered for one of the closest title races in league history, set in the closing seconds of the final round after Sergio Aguero scored the goal to give City their first Premier League title.

However, what we may forget is that Chelsea finished sixth by the distance. They managed to win the Champions League, but it was clear that quality reinforcements were needed, especially in attack.

In the center were Marco Marin, Kevin De Bruyne, Oscar and Eden Hazard. Perhaps this was the first warning bell because so many top players were fighting for the same position.

Chelsea’s season began on August 19, and by the end of the year, Marin played for eight minutes, only eight minutes. He played for more than 15 minutes in just four matches which showed the coaches’ lack of confidence in his ability.

Marco Marin wouldn’t have thought much of his first season at Chelsea. Sure, he was struggling, but he still had time to rediscover his magic. He has previously shown his strong mental fortitude at Mönchengladbach.

However, Chelsea were confident they could cope without him next season. This decision will send him on a journey that will only end at the end of the current season.

Unexplained loan spells: Chelsea and the loan army – no one knows it better than them

His first stop was in Seville, perhaps a very suitable place to rebuild his career. He will get more chances, and the “German Messi” can be back in action with one season (as happened in Mönchengladbach).

He had a better season than the previous one, with two goals and seven assists. Marin was also a fixture in the European League, with Sevilla winning the title.

The fans in Seville were so impressed that they started a campaign I’m looking for a wife for him From the region hoping to remain at the club after the season.

However, due to his limited production, there was no place for him at Stamford Bridge.

The next custom stamp on his passport was Italian as Chelsea sent him to Fiorentina. The Italian team had finished fourth the previous season and was looking to boost the team’s quality to take them one step further. They hoped that Marin would help them achieve their goal.

Unfortunately, this move turned out to be a complete disaster. Marin suffered injuries and only represented the club in the European League while he played zero minutes for the team in the Italian League.

The Italians were ready to cut losses mid-season with his return to London.

After spending a year and a half in southern Europe, Marin returned to the north where he joined RSC Anderlecht. But his downfall turned from bad to worse. At least, he managed to score two goals in Italy, while his score in Anderlecht was zero.

The highlight of the movie was that he was able to play for 90 minutes against KSC Lokeren, a massive achievement considering his injury record.

A new low in Turkey

Marco Marin was an integral part of Chelsea’s loan army by that time. His next destination was the Black Sea coast of Turkey upon arrival in Trabzonspor. This was probably the first time he had gone to a club that sorely lacked pedigree to be a first-class club.

Unlike his previous seasons, Marin found stability on the injury front as he made 24 appearances for the club. He also managed to score two goals and provide four assists.

He was the best player, a footballer who moved from one club to another, hoping to spend a few minutes on the field.

By the time he got back from Turkey, Chelsea had managed to find a club ready to buy him. Yes, buy it, not lend it. It was Olympiacos of Greece who brought in the German Messi for 3 million euros.

At the moment Marco Marin was 27 years old and his best hope was to get consistent play to settle into the team.

The German scored four goals and provided four assists in Olympiacos’ victory in the league.

Although he didn’t have a great season individually, he was finally part of a team that won titles.

The following season, Marin had a faltering start before he was finally able to muster some strength before the end of 2017. He scored against PAS Giannina, AE Laris and PAS Lamia in three consecutive games.

But he returned to square one as he scored only two goals in the remainder of the season.

Despite his stock drop, many clubs were still looking to Marin. Then, after qualifying for the Champions League, Red Star Belgrade moved to the left wing, and it was probably the first time since his move to Chelsea that Marin finally proved that the club was right to invest money in him.

By scoring seven goals and making 13 assists, he had his best season since 2009-2010. He also provided assists for his team in the 2-2 draw against Liverpool.

It was no surprise that Marco Marin was named the best player in the Serbian league by players and coaches. Marin is one of the best players to have played here in years. (Photo by Zornal, Njigovanovic) pic.twitter.com/W6zu7Ilbr6

He finished the season in perfect style, winning the Serbian Player of the Season award.

The following season, he scored three goals and six assists but between the season he changed his club again.

After exploring the continent of Europe, Marine’s next stop was Saudi Arabia. After that, he joined Al-Ahly who finished the season as champion.

Al-Ahly’s board of directors, led by President Ahmed Al-Sayegh, reached an agreement with the German attacking midfielder

Marin will complete his move from Red Star Belgrade and sign his contract with Al-Ahly after passing the medical examination#AHLIFC pic.twitter.com/DnR7rYAcHc

Marin was influential with the club in the AFC Champions League, scoring one goal and one assist.

The following season he was sent on loan to Major.

End of the road in Hungary

The last stop in his career was the “Land of Magyars” where he joined Ferencvarusi. On March 27 of this year, Marin announced his retirement at the end of the current season. It came nearly ten years after his move to Chelsea, the start of a decade that began with a dream and ended with regrets about the career he could have had.

It is the 12th club the 32-year-old will play for in his career.

So, what’s next for Marco Marin?

Marco Marin may be ready to hang up his boots as a player, but he will not quit football. Instead, the German will return to Red Star Belgrade, where he will be the head scout for the Siberian club.

Marin will be the new chief scout for Crvena zvezda.

Although his football career may not go as planned, Marin is given a second chance, and will move earth and sky to make sure he fulfills his potential in a new role.