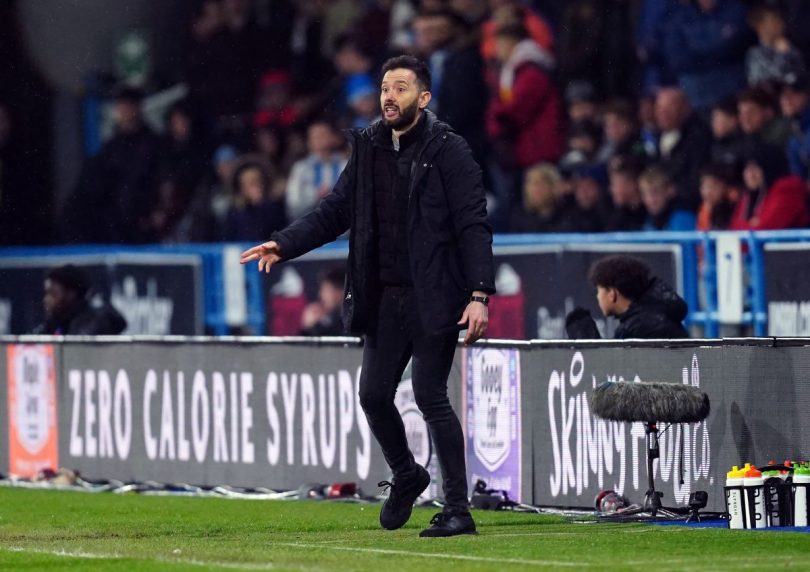 Huddersfield boss Carlos Corberan has insisted his side will not relax after opening up a six-point safety margin in the battle for a Championship play-off place.

Seventh-placed Blackburn are now within two wins of the Terriers, who rose to third place after second-half goals from Jon Russell and Naby Sarr secured a 2-0 home win over the other six challengers. Luton.

But Corberan, whose team still harbors an outside chance for automatic promotion, is looking up instead of looking over his shoulder.

He said: “Our goal is to finish as high as we can and I won’t put a limit on that because we want to give ourselves and our fans the highest level of satisfaction that we can.”

Corberan also had high praise for winners Russell and substitute Sarr, the latter of whom hadn’t started a league game since Boxing Day.

Visiting boss Nathan Jones felt Russell’s goal was an unintended fluke as he sent a 12-yard shot into the far post, but Corberan reasoned: “I don’t know if it was a cross or a spike, but it was all about the movement. that put him in that position to be able to do what he did. After that, I don’t know if he was lucky or not.

“I was also very happy for Sarr. He is the perfect example of being a professional player.

“Every time he is in the training camp he trains at the highest level and also helps the young central defenders of the club a lot. He is always focused on helping and I can only be satisfied with that.”

Regarding the match as a whole, Corberan confessed: “It was a very, very close match but our defense was strong and competitive until the end and the little details worked in our favour. At any time, Luton could have been better than us, but the key moments were Russell’s goal, the missed penalty and Sarr’s goal.”

Meanwhile, Jones pointed to Elijah Adebayo’s penalty miss in the 70th minute, with his team trailing 1-0 at the time, as the key moment of the match, saying: “We were good for a lot of the game, but we shut down in two occasions on the throw-in and at the end from the corner and we also missed a penalty which was the big turning point because even though we were down a goal at the time, I thought we were really on the rise.

“We were really attacking them but we missed the penalty and that gave them confidence, a breathing space and allowed them to slow down the game, which they are really good at. The second goal ended any chance of a big finish.”

The Hatters also lost Pelly-Ruddock Mpanzu (knee) and Henri Lansbury (neck) to injuries, with Jones lamenting: “We’ve had a horrible run in terms of injuries to midfielders and defenders all season and we’ve been putting teams improvised and making early substitutions in almost every game.”