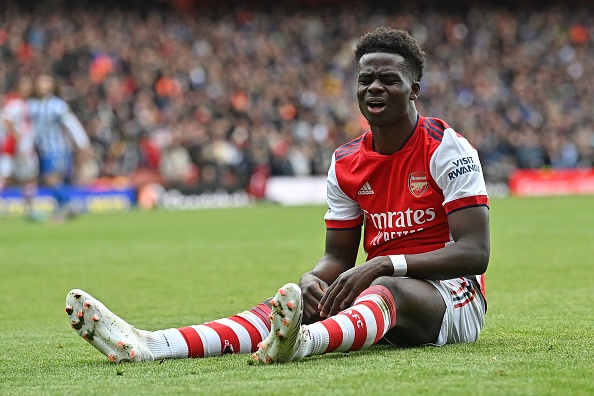 Despite being only 20 years old, Saka has already made an astonishing 123 appearances for Arsenal.

In that time, he scored 21, made 27, and faced some of the world’s best players.

Now, Saka moved to reveal which player was his toughest opponent. And according to the same man, this person is the star of Barcelona and Spain, Sergio Busquets: “The way [Busquets] Just turned me in elegantly!

“I came to him to pressure him, I tried to fake that side and then go to the other side, and the way he embarrassed me: I was like, yeah, this guy’s an elite.

“The way he just got me out of the play, I said, ‘Respect.’ He’s three steps ahead of everyone and that’s what makes you such an outstanding footballer. That’s what I realized that day.”

“It just embarrassed me!”

When did Saka play against Sergio Busquets?

With Arsenal not in the Champions League for many years, you might be wondering when the two actually face off.

Well, Arsenal played Barcelona in their pre-season match during the summer of 2019, when Saka was just 17 years old.

The Englishman had made his first-team debut the previous season and joined the squad – then under Unai Emery – as they traveled to Nou Camp for the Joan Gamper Trophy match against the Catalan giants.