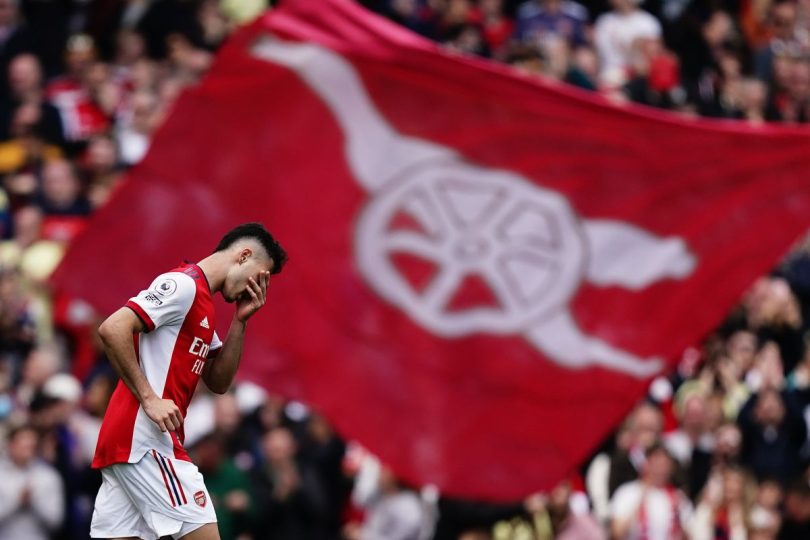 Chelsea and Arsenal had equally dominant performances this weekend by an FPL metric, but found themselves in the end with very different results.

Threat is a metric introduced by the FPL to measure the quality of opportunities a player enjoys in front of goal, with a score of around 100 generally representing the value of one goal opportunities.

By adding up the Threat scores of an entire team, it is possible to see how much Threat a team scored and conceded in a given game.

The graph below shows that Arsenal and Chelsea scored over 300 Threats in attack and conceded less than 100 Threats in defense during Week 32.

The Gunners lost 2-1 at home to Brighton, while the Blues won 6-0 at Southampton to tighten their hold on a Champions League place.

for Arsenal, gabriel martinelli top scored with a Threat score of 75, but saw his only successful effort in the rejected goal.

for Chelsea, Timo Werner he recorded a Threat score of 115 and was rewarded with a key and 15 FPL points.

Brighton managed to score the two goals needed to take all three points at the Emirates Stadium despite Threat’s top scorer being Leander Trossard with 19 Threat.

While creating high scoring chances for Threat increases a team’s chances of hitting the back of the net, they still need to have the quality to turn Threat into goals.

Comparing Arsenal and Chelsea’s recent form shows that one of these teams has mastered the art of capitalizing on Positive Threat, while the other lacks the ruthlessness currently required.

Arsenal’s threat difference then stands at +553 in that period, while Chelsea’s is +619.

Bukayo Saka he is Arsenal’s top Threat goalscorer this term with 1,087 and nine league goals – he has scored once in his last five games with 210 Threat.

chelsea Kai Havertz he has scored five times as many goals as Saka in the same period, despite a Threat total in that time of 305, around 50 per cent better than the England midfielder.

For FPL managers who use Threat to decide which players to back, the Blues are mastering the art of making the most of the metric.