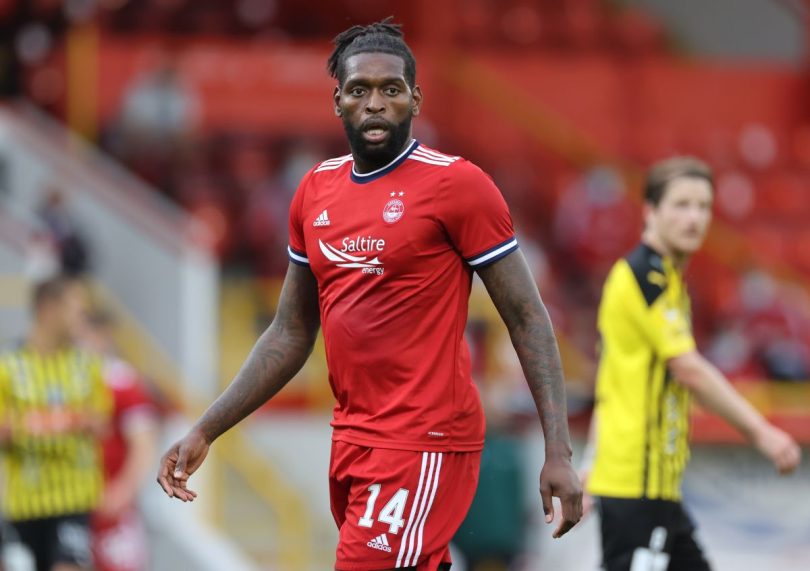 Jim Goodwin’s Aberdeen rebuild has continued, as the club announced it had “terminated the contract” of former Livingston striker Jay Emmanuel-Thomas.

The 31-year-old striker has scored a goal in 24 games for the Dons since joining from West Lothian last summer. Twelve of his appearances were off the bench.

Manager Goodwin claimed last month that Emmanuel-Thomas was “not fit enough to play the kind of football I want us to play”.

Emmanuel-Thomas follows Scott Brown and Mikey Devlin out of the club since Goodwin took over, while veteran defender Andrew Considine’s imminent departure was confirmed last week following a breakdown in contract talks.

A statement from Aberdeen added: “Everyone at Aberdeen FC wishes Jay all the best in his future career.”