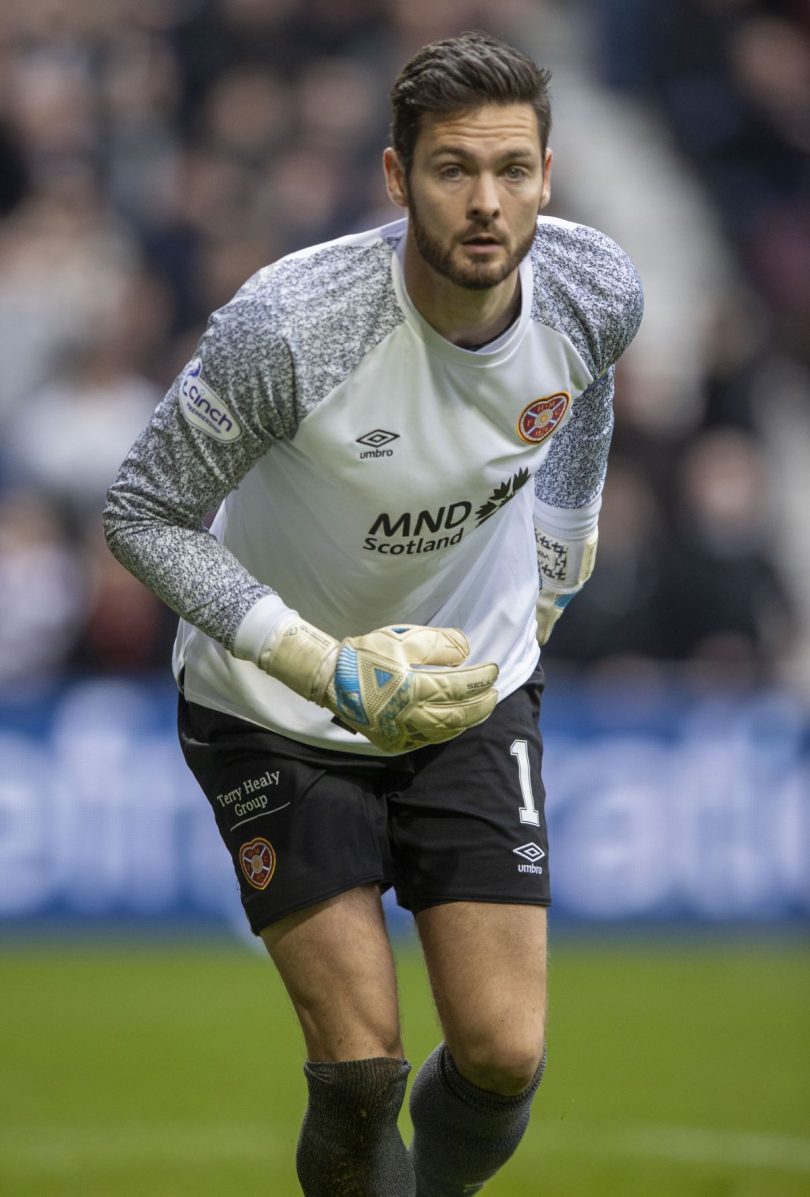 The Jambos had just been relegated to the Championship in 2020 when Neilson returned for a second time as boss. He led the Tynecastle side to promotion at the first attempt last season and has now secured third place in the Premiership this term.

Hearts have the chance to cap off an impressive second campaign under former MK Dons and Dundee United manager Neilson by defeating city rivals Hibernian in this weekend’s Scottish Cup semi-final. of the week and, as a result, secure European group stage football.

Goalkeeper Gordon, 39, believes it would be vindication of the impressive work his boss, with whom he played, has done to revive the club.

“Robbie now has a bit of experience at a number of different clubs and I suppose you learn along the way as a manager,” he said. “He’s had ups and downs and been able to bounce back from them, and that can only make you feel better.

“It has been fantastic for us, it has really moved the club forward again. I can’t praise him enough for what he has done here so far. Hopefully we can win this one (on Saturday).

“He deserves it because he has put this club back where it belongs. Now we have to work even harder to make sure we stay there, keep going and get even better. I am sure we will do it because Robbie is very motivated and that is what he wants for the club”.

Confirmation last weekend that Hearts secured third place means Neilson has repeated the exploits of his first spell in charge of the club when they won the Championship title in 2014-15 and then finished third in the top flight the following season. .

Gordon hopes the similarities to his first reign end there because he left Hearts a few months into his third campaign after being sought out by MK Dons.

“I hope he stays next year too, that didn’t happen last time,” the keeper smiled as he spoke of Neilson’s accomplishments. “It’s been a very good start (for his second stage). You couldn’t have asked for much more.

“Things are getting better everywhere, whether it’s the training ground or the stadium or the people who come behind the scenes.

“There is a lot to look forward to here, but we still have a way to go. We really want to build for the future and make it sustainable and make sure we are where we are year after year. There is still a lot of work to do.”

Gordon, who played in the UEFA Cup group stage for Hearts in his first spell in 2004, would love to see his team win over Hibs this weekend which will guarantee at least one play-off. of the Europa League, with a parachute in the Conference. League group stage.

“It certainly wouldn’t hurt to have football in the European group stage,” he said. “It would be extra income for the club with the potential to sign players that they know will have that platform to improve their career. Surely that is something that would help any club.

“It’s a great incentive for everyone here. Some players here haven’t played in Europe before, so it would be a big step forward in their careers and their development as players to try that.”