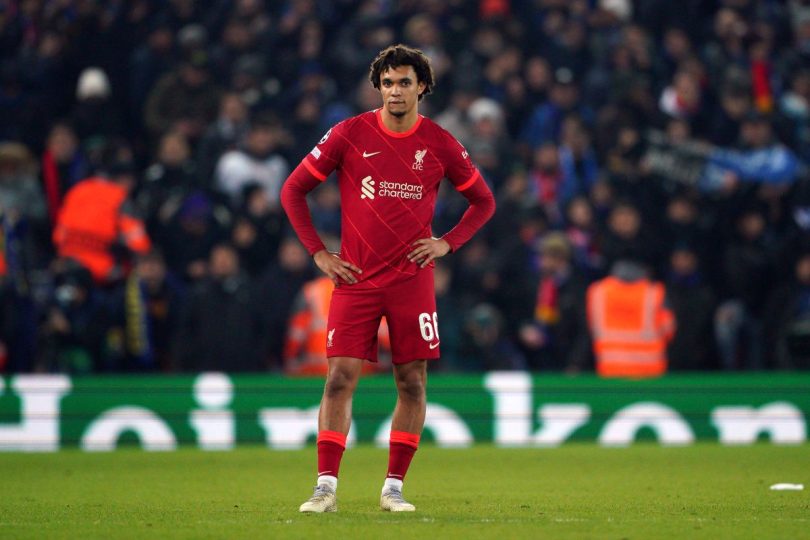 Liverpool defender Trent Alexander-Arnold accepts that they are relying on another team to produce an upset against Manchester City and do them a favor in the title race.

A thrilling 2-2 draw at the Etihad left the situation at the top of the Premier League unchanged with Pep Guardiola’s side leading by one point, with just seven games remaining.

The matchup suggests that City have the biggest advantage as they take on Brighton, Watford, Leeds and Newcastle – all teams in the bottom half – before facing Wolves, West Ham and then Aston Villa on the final day of the season.

Liverpool, by comparison, have to play top seven Manchester United and Tottenham, as well as Merseyside rivals Everton, and also have to face Villa, Wolves, Newcastle and Southampton.

“We want to win every game we’re in, no matter who we’re up against,” the defender told beIN Sports.

“It says a lot about us that we have that little disappointment of not coming here (to City) and winning.

“It was very important for us not to lose this match, we are still in a decent position but it is in their hands.

“A few years ago (in 2018-19 when they were outscored for the title by a single point) this is what happened. They (City) had a really good run and we couldn’t capitalize on that. Hopefully, this time, they’ll give us some points.

“Every week there is a surprising result in the Premier League. We just hope we’re not at the end of one and City is.

“It’s seven games. Who knows what will happen, hopefully we make it exciting. I could go to the last day again.”

On Saturday, the two teams will meet again, but this time in a decisive FA Cup semi-final at Wembley.

Manager Jurgen Klopp believes his experience at the Etihad will help a bit in the planning for that game, although he is expecting another absorbing, high-intensity encounter.

But their immediate attention has to be on Wednesday’s Champions League quarter-final second leg at home to Benfica, over which they hold a 3-1 lead.

“Would I love to have won the game? Yes. Would our situation have changed? Not really, not now,” Klopp told BBC Sport after his side failed to deliver the win that would have lifted them above City to top spot.

“I am already in the mood for Benfica, but we will use this game and try to understand. We’ll see what they do next time, what we’ll do next time.

“The main problem of the match (semi-final) is extra time: you can’t watch this type of football for 120 minutes. Thank God we can use five substitutes.”