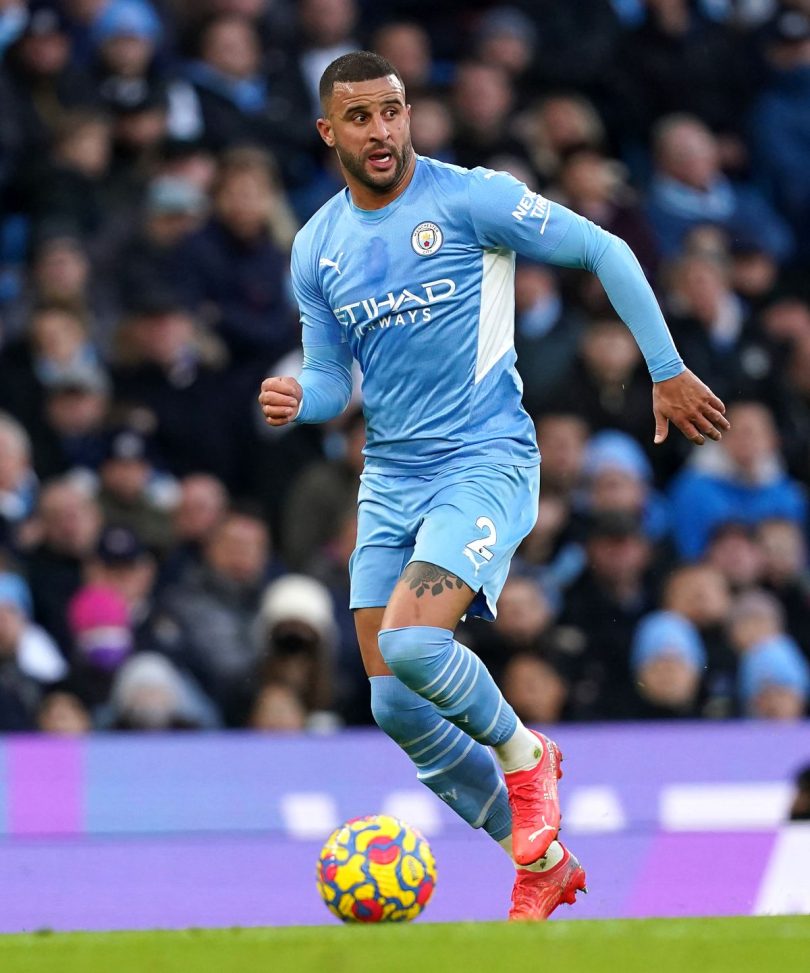 Kyle Walker felt that Manchester City had moved one step closer to retaining their Premier League title after Sunday’s pulsating 2-2 draw with Liverpool.

The champions failed to deal a convincing blow to their rivals as the Reds came from behind twice in a thrilling clash between the two best sides in the competition at the Etihad Stadium.

However, by avoiding defeat, City at least maintained their slim one-point lead at the top of the table and, with seven games remaining, their fate remains in their hands.

Right-back Walker said: “Of course we want to win every game, especially when people come to our own pitch, but it’s very important not to lose the game.

“We can’t lose a game (like this) and then be behind them because good teams like them don’t lose too many points. You take a point, you move on and they still have to catch us. I feel like it’s a step in the right direction.

“It is in our hands, we are still the first in the Premier League. That’s an important message that we need to hold on to and carry into the next two games, which are very important.”

The much-hyped contest lived up to its hype as Kevin De Bruyne and Diogo Jota traded goals in the opening 13 minutes.

Gabriel Jesus restored City’s lead before the break, but Sadio Mane leveled again 47 seconds into the second half.

Both teams had chances to win it, but City had the best of them. Raheem Sterling had a shot disallowed after a very close VAR offside decision before Riyad Mahrez hit the post late and seized another brilliant chance in stoppage time.

“I think coach got the tactics and the game plan right, but it’s one of those games,” Walker said.

“The hardest job in football is putting the ball in the back of the net. Sometimes it comes out and sometimes it doesn’t.

“Now we just have to make sure that next season we’re still top of the league and we’re lifting the Premier League title that we all want.”

City will not play in the league again until they host Brighton on April 20.

They will first travel to Spain for the Champions League quarter-final second leg against Atletico Madrid on Wednesday and then face Liverpool again in the FA Cup semi-finals next Saturday.

“These are the games you want to be in,” Walker said. “It’s exciting.”