Home » Arsenal turn attentions back towards Ruben Neves ahead of summer 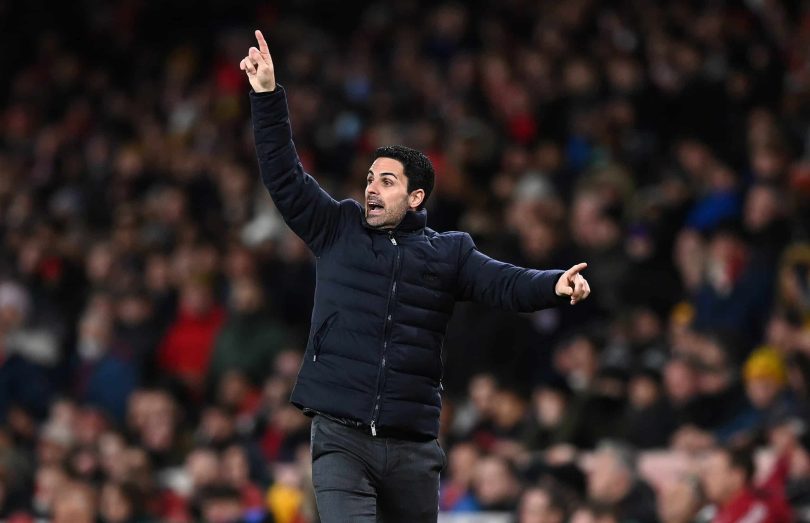 Of course, Portugal international Neves was heavily inclined to move to north London throughout the January transfer window.

However, in the end, despite Arsenal’s desperate need for midfield reinforcements (a flaw that was revealed again last weekend), no deal can be struck.

If the latest speculation that has emerged throughout the day so far is anything to go by, Mikel Arteta and his colleagues are. It’s clear they haven’t given up hope of making it to the 25-year-old just yet.

According to a report from Sky Sports News, the Gunners have once again set their sights on Neves ahead of the summer transfer window.

The former Porto player has been named one of the club’s top “transfer targets”, as the Emirates transfer team looks for a long-term partner for Thomas Partey.

For their part, Wolves are still hoping to tie the midfield captain to new terms in the Midlands, albeit adding that a £50-60m price tag has been slapped on Neves’ head.

🚨 | One of Arsenal’s main transfer targets appears to be Ruben Neves, with two years remaining on his current contract with Wolverhampton. Neves is valued at around 50 to 60 million pic.twitter.com/6SRwUMoTc9

Word of Arsenal’s renewed interest in signing Neves of course comes just 48 hours after the club’s lack of depth in the middle of the park, as noted above, has been ruthlessly revealed once again.

After welcoming Brighton and Hove Albion out of their form to the Emirates on a crucial outing amid their constant quest for the top 4 berth in the Premier League, Arsenal have been placed in a tight spot, with two goals to one.

This came with young Sambi Lukunga returning at the deep end, forced to manage Arsenal’s midfield base on his own, amid the absence of Thomas Partey, and Granit Xhaka’s surprise move to left-back.

Brighton, in turn, continued to dominate midfield over extended periods of 90 minutes, ultimately proving to be the key to the team’s three-point exit from North London.

Arsenal line up in the summer for the Aston Villa midfielder