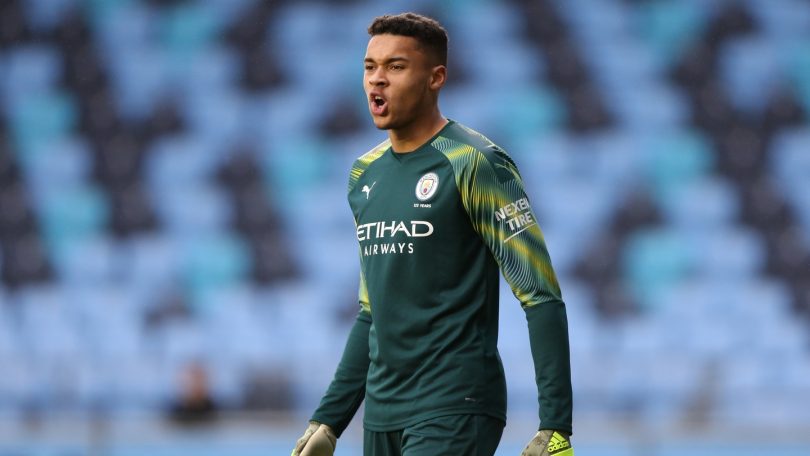 Manchester City goalkeeper Gavin Pozono is garnering the attention of a string of leading clubs across Europe and the Premier League, and could leave City permanently this summer if a suitable offer is received.

A number of Premier League clubs have made inquiries about his availability – on a permanent deal as well as another loan period – and the 20-year-old is now a target for teams in the top flight and Bundesliga, according to 42.

The goalkeeper is currently on loan at Portsmouth and is in contention for the best player in the Premier League, having kept 16 clean sheets and made more passes (811) than any other goalkeeper in the division.

Not only has it been to Portsmouth where the 20-year-old has recently shown his skills, but also to his home country of Ireland. Pazono cemented his place as Ireland’s number one goalkeeper during the recent World Cup qualifiers and was one of the country’s all-time best players, and Kawimhen Kelleher, a player who has impressed the Reds as well this season, has also been dismissed from the squad.

Pazono’s highlight was saving a penalty from Cristiano Ronaldo in Ireland’s 2-1 defeat to Portugal last September and a heroic performance against Serbia when the pair met in Dublin that same month.

The Irishman is a very modern goalkeeper, who is not only a good goalkeeper but sparkles with the ball at his feet and is a perfect fit for Manchester City, but there is no chance of him taking Ederson out anytime soon.

The Republic of Ireland international has two years left on his contract at the Etihad and will return to discussions about his future when his loan spell at Portsmouth expires at the end of this month.

The player wants to continue playing football on a regular basis and that is to be expected of a man who has played 10 caps for Ireland and is close to 100 matches with a top team.

Bazunu is a fantastic talent at just 20 years old and it would be interesting to see which Premier League clubs are keeping an eye on this future star.