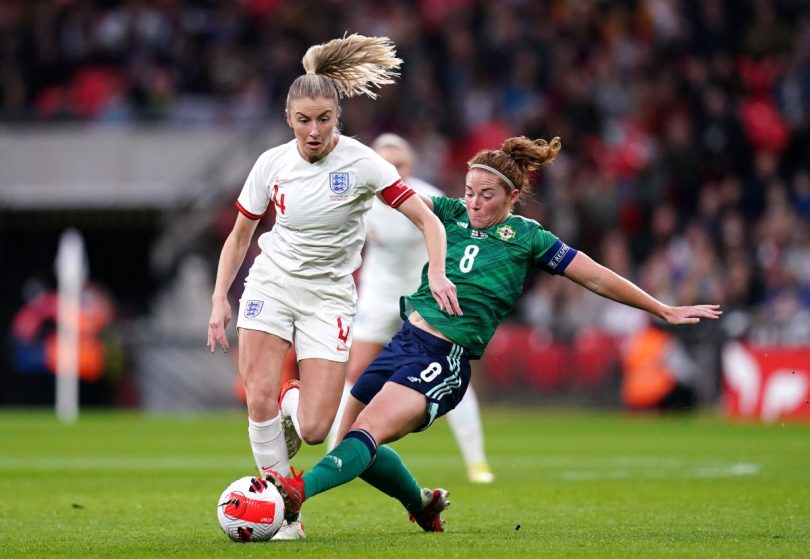 Leah Williamson will lead England for the first time since she was named captain for this summer’s European Championship in Tuesday’s clash with Northern Ireland.

The long-time captain still hopes to be fit for the summer, but it is Williamson who will lead the team.

The 25-year-old said: “I think the main thing is, obviously, it’s a very proud moment. The greatest honor in football and I appreciate it and I am aware of the responsibility that comes with that title.”

Williamson was forced to sit out England’s 10-0 win over North Macedonia last Friday due to concussion protocols, but will return on Tuesday in Belfast, where the combined win with lost points for Austria could see Sarina Wiegman’s side book their place at the World Cup in Australia and New Zealand.

England have been in ruthless form in qualifying, racking up 63 goals in just seven games and conceding none.

Williamson said of last week’s performance: “I thought the girls were great, very professional. We had a job to do, we wanted to create a lot of opportunities and show that we are a clinical team and I think the girls did it.

“It’s never nice to be left out of a football game, but when you see a team play like that, it’s pretty easy.”

Without Jill Scott, England defeated Northern Ireland 4-0 at home in October, while also facing Kenny Shiels’ side in the group stage of the European Championship.

“Again tomorrow we want to create a lot of chances and not concede goals. It’s going to be a tough game, a big crowd, a big occasion, so I’m really looking forward to that and the team as well.

“We have a job to do. We want to be a mature team. Hopefully the crowd will make a lot of noise, so it’s a little harder for us to talk to each other, so we have to communicate in passing and with a little more language. bodily”.