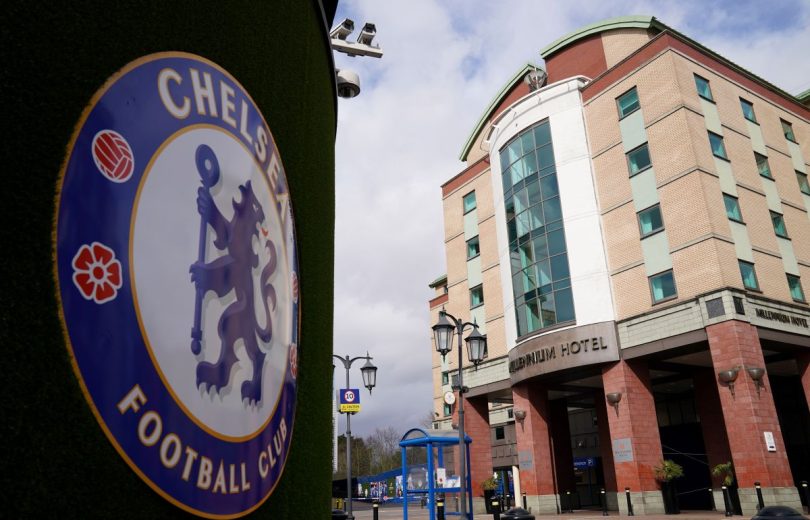 The government is prepared to push through the sale of Chelsea to any of four shortlisted bidders, the PA news agency understands.

The remaining contenders to buy Chelsea are due to submit final bids for the Stamford Bridge club on April 14.

New York merchant bank Raine Group will expect to submit a preferred bidder to Downing Street in the week of April 18.

The government must approve the prospective buyer, and the issuance of a new Treasury license for the sale is the last hurdle for Chelsea’s potential new owners.

And sources close to the government have revealed Downing Street’s satisfaction in principle with all the remaining parties in the battle to buy the Blues from Roman Abramovich.

Sir Martin Broughton and Lord Sebastien Coe have teamed up in another bid, while Boston Celtics co-owner Stephen Pagliuca is also in the running.

The Ricketts family’s offer has drawn criticism from Chelsea fans, with an online petition launched against their bid.

A small protest was also held at Stamford Bridge before Brentford’s 4-1 victory over Chelsea on Saturday 2 April.

Chelsea fans have objected to controversies surrounding the family, including Islamophobic remarks by patriarch Joe Ricketts in leaked emails from 2019.

However, siblings Tom and Laura Ricketts are believed to be considered suitable bid leaders, due to their stewardship of the Cubs and their efforts toward community relations, diversity, and inclusion in Chicago.

Public promises by the Cubs owners to keep Chelsea at Stamford Bridge, reject any European Super League and include supporters in decision-making processes are believed to have calmed any unrest in Downing Street.

The Broughton and Coe consortium’s bid for Chelsea would find favor with the government, given the duo’s clear established links and track record in sports administration.

Boston Celtics boss Pagliuca’s record in the NBA is also not thought to raise any concerns in Downing Street.

The Broughton and Pagliuca consortium bids are likely to require the sale of other football club shares, but heads of government are understood to hope that the Raine Group has already taken those details into account when narrowing down its list of finalists.

Josh Harris and David Blitzer would have to ditch their shareholding in Crystal Palace if they are named in Broughton’s bid as expected, while Pagliuca would have to cut his 55 per cent stake in Italian club Atalanta.

The Boehly-Goldstein offer appears to have very few sticking points from the government’s perspective.

The heads of the four consortiums met with Chelsea board executives last week, with the aim of gathering as much information as possible as they adjust their bids.

Russian-Israeli billionaire Abramovich put Chelsea up for sale on March 2, amid Russia’s ongoing invasion of Ukraine.

The 55-year-old was then sanctioned by the UK government on March 10, with Downing Street claiming to have proven his links to Russian President Vladimir Putin.

Abramovich cannot benefit from the sale of Chelsea but had already promised to write off the club’s £1.5bn debt.