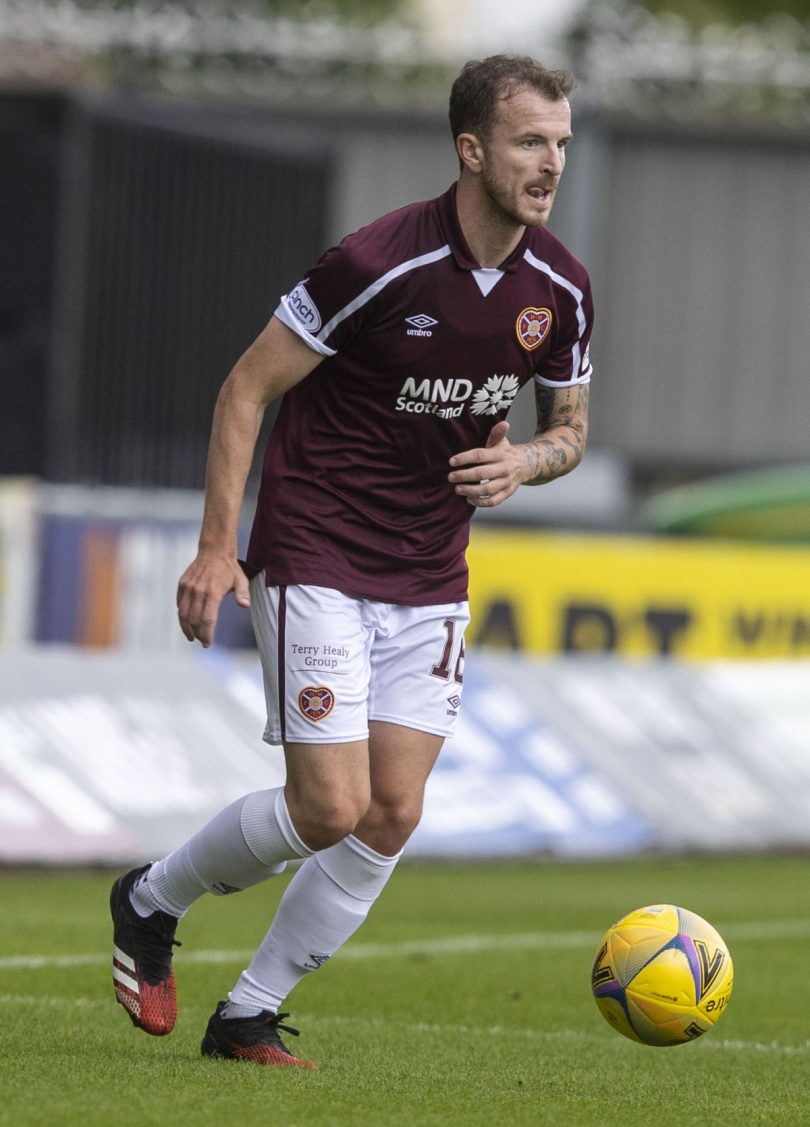 Robbie Neilson claimed Andy Halliday is at his best when he is being taunted by opposition supporters after the Hearts midfielder silenced the Hibernian faithful in Saturday’s Edinburgh derby.

The 30-year-old is a regular target of ridicule from the stands due to his links with Rangers, and Hibs fans particularly enjoy being reminded that he was part of the Ibrox team that lost the 2016 Scottish Cup final. Against them.

Halliday was goaded on from the other end when he fired a first-half effort over the bar as the Hibees led 1-0. But he had the last laugh when he scored a brace, either side of Stephen Kingsley’s goal, to give Hearts a 3-1 home win.

“Andy plays the best he can when he’s under pressure, getting criticized by the opposition because he can handle it, he thrives,” manager Neilson said.

“When we had the season without fans (because of Covid-19), Andy didn’t like it because he needs it.

Halliday has also come under fire from Hearts supporters at times, but Neilson appreciates what he brings to the team and was delighted to see him have his day in the sun on Saturday.

“What he does is take the ball and try things,” said the coach. “He will give it away like we all do, but he will still have the ball. I am delighted for him.”

Halliday limped off in the second half but Neilson is confident he will be fit for next weekend’s rematch with Hibs in the Scottish Cup semi-final at Hampden.

“He’s fine,” Neilson said. “He took a hit last week and he’s in the same spot. He probably could have stayed, but at that point we felt it was best to get him out and start thinking about next week.”

The loss saw Hibs miss out on a place in the top six, and Shaun Maloney, who took over from Jack Ross in December, admits he has an important job on his hands to organize the team for next season.

In the meantime, however, the Easter Road crew must find a way to get up for next weekend’s semi-final against their rampant cross-town rivals.

“The players have an opportunity next week to fix it,” Hibs boss Maloney said. “We have to change things very quickly. What I saw (on Saturday) tells me, even though I already knew, why we were seventh when I came in, and why we are now back to seventh (after briefly climbing into the top six).

“We have a lot of work to do between now and next week, and even more work for next season to make sure we don’t perform like we did in the second half.”