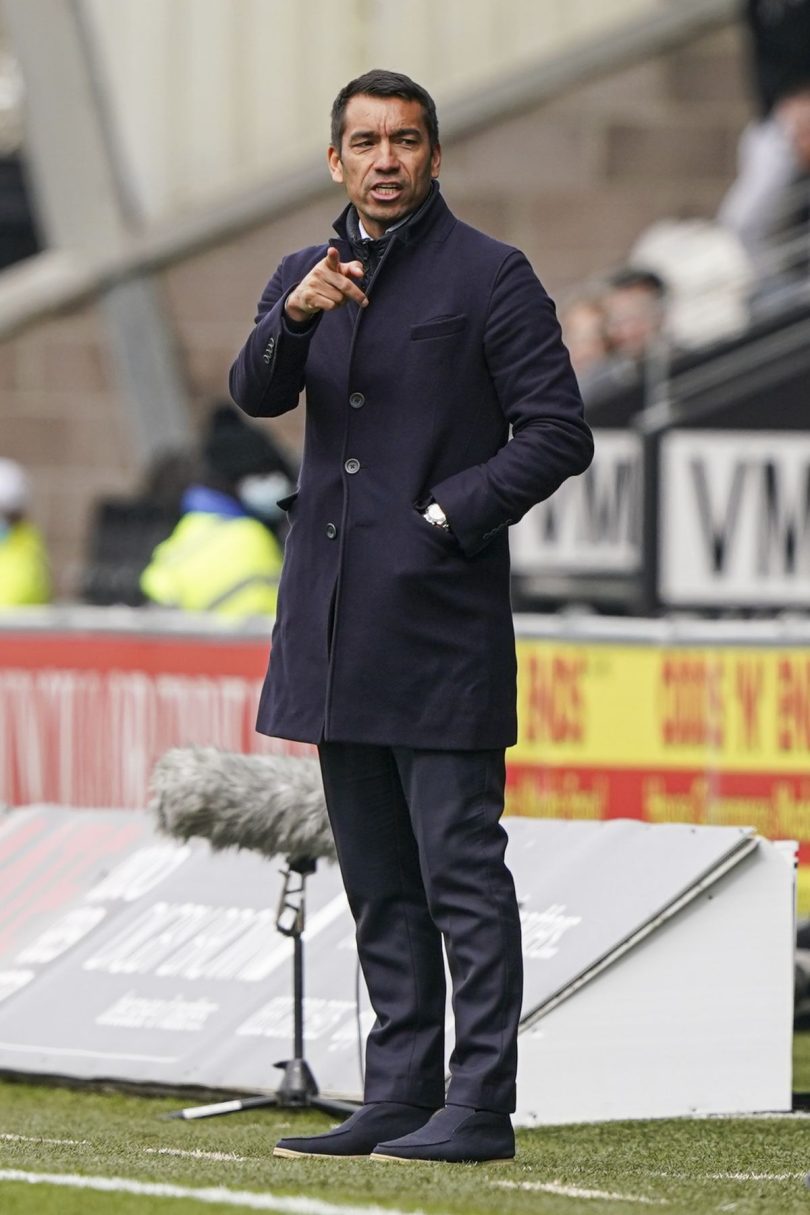 Giovanni Van Bronckhorst came off a convincing 4-0 win at St Mirren sweating the fitness of John Lundstram and Filip Helander ahead of a crucial week for Rangers.

Kemar Roofe headed the Light Blues in front in the second minute and then nodded again in an additional four minutes late in the first half, by which time the Gers had lost Lundstram and Helander to injury.

The former Leeds striker completed his hat-trick five minutes into the second half and Joe Aribo’s tremendous strike in the 76th minute brought the Ibrox side within six points of Celtic at the top of the Premiership.

Rangers will prepare for the Old Firm Scottish Cup semi-final clash at Hampden Park next Sunday after taking on Braga in the second leg of their Europa League quarter-final at Ibrox on Thursday night, looking to overcome a 1-0 deficit during the match. week, although Helander is not in the Gers Euro squad.

Van Bronckhorst told Sky Sports Scotland: “Lundstram felt a little bit in his groin so we have to assess him in the next few days.

“Hopefully I can do it by Thursday. Helander felt a little uncomfortable, so now they’re doing a scan on him. Hopefully today or tomorrow we find out about his injury”.

The Gers boss believes Roofe’s hat-trick, which helped deliver a convincing win after two losses, will give the Rangers confidence going into Thursday night.

He said: “- “I am very happy for him. We said before the game that we needed to win this game and win again and we did.

“We won 4-0, no goals against us and I think it gives us confidence for Thursday and the games to come.

“But we are also confident that we can get a home win in Europe as we have shown in the past.

“There’s everything to play for, the semi-final of a European competition, so it’s something we have to fight for.”

After scoring his first Rangers hat-trick, Roofe insisted he has already shown he is capable of taking on scoring responsibility in Alfredo Morelos’ injury absence.

The former Leeds striker, who insists Rangers “must win at all costs” against Braga, said: “I think I’ve already shown that. Regardless of today or the last game.

“I’ve been here almost two years and I feel like I’ve already proven that.

“We knew St Mirren would put up a good fight, but we managed to knock them down and score the goals.”

Stephen Robinson’s side were consigned to the bottom six before entering the game following results elsewhere on Saturday.

The Buddies remain in tenth place, six points clear of penultimate St Johnstone and Robinson admitted his record of one win in eight since taking over from Jim Goodwin was not good enough.

He said: “Ultimately I take the blame, we have won one in eight since I arrived. There are no excuses, we have to be better. I’m not looking to blame anyone else, it hasn’t been good enough.

“A lot of teams are going into this post-split with a lack of confidence. So it’s up to me to get the guys going again, to find a system that prevents us from conceding as many goals as we have.

“We don’t need to be pretty between now and the end of the season. We just have to try to get as many points as we can.

“We will go away and restart and aim for seventh place in the future.”